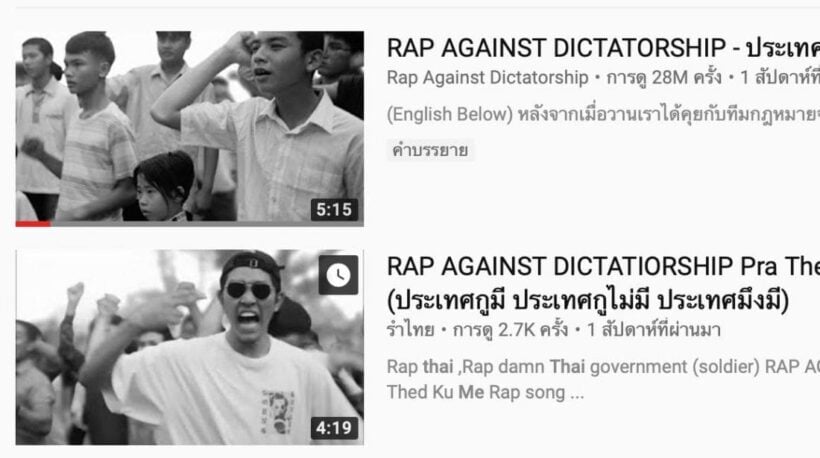 More than 51 percent of respondents in the latest Nida Poll said the song “Prathet Goo Me” (My Country Has These…) simply reflected some truths in Thai politics and society, according to results of the survey released yesterday. The song has been viewed more than 28 million times.

Most people say that a controversial rap song, criticising Thailand, as a reflection of society although they suspect it has been used for political attacks, separate opinion polls found.

Almost 40 percent of those surveyed said they viewed it as another song criticising the country and politics. Another 11 per cent said the song’s lyrics contained foul language and 8 percent of the respondents disagreed that the song made “too severe accusations” against the country.

Some 4 percent of those surveyed also found it inappropriate for the song’s music video to re-enact a violent scene that took place during the massacre of student protesters outside Thammasat University in October 1976.

Most respondents – 58.1 percent – said they had never listened to the song or viewed its music video while the remaining 41.9 percent said they had previously.

The survey was conducted by the National Institute for Development Administration (Nida) on 1,259 eligible voters (people aged 18 and over) in all regions of the country between October 31 and November 2. In another survey conducted by Suan Dusit University, it was found that 60.4 percent of the respondents said the song was used by a certain group of people to make political attacks for their benefit (read more in our previous article).