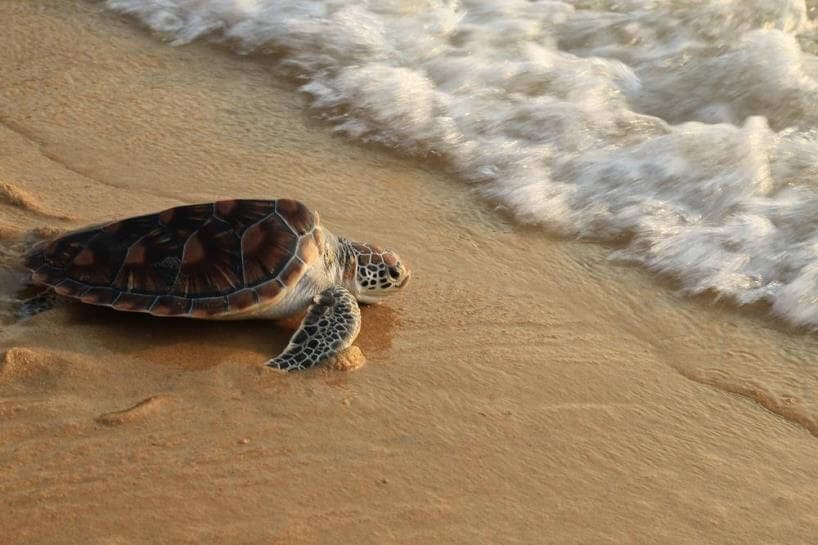 Cash for spotting sea turtle nests. That’s the promise from national parks officers along the Andaman coast who are offering cash rewards for anyone who discovers sea turtle nests and notifies park officers. The innovative scheme is another attempt to protect the local endangered species from extinction.

Marine National Park Operation Centre 2 in Phuket has announced it will offer a cash reward of up to 20,000 baht to anyone who finds new turtle nests on the beaches of Phuket and Phang Nga in order to ensure that the turtle eggs will not be smuggled and sold in the black market. But, they say, it will also ensure that the rare, newborn sea turtles will have a higher survival rate.

The sea turtle nesting season along the Andaman coast is between November and March each year. The national park authorities have been encouraging people to help the park officers conserve sea turtles by finding turtle nests. People who find leatherback turtle’s nest will be granted a 20,000 baht reward, while the prize for finding the nest of other marine turtle species is 10,000 baht.

Phang Nga’s Khao Lampi-Hat Thai Mueang National Park chief Mongkol Lieuwiriyakul said the sea turtle conservation measure to reward people who help the park officers identify and safely retrieve turtle eggs is not new. The park has followed this policy for many years, but this nesting season is the first time that the campaign has been widely publicised and such a high reward offered.

Mongkol said the retrieved eggs will be relocated to a safe location and when the eggs are hatched, the park officers will look after the hatchlings until they are strong enough before returning them to the sea in order to increase their survival rate.

“Due to the lack of an advertising campaign, we did not get much collaboration from the public. Giving the people who find the turtle nests just a few thousand baht is not compelling enough, because they can sell turtle eggs in the black market at a far higher price,” he said.

It was also revealed that the price of turtle eggs in the black market was as high as 300 baht per egg.

“This is why this year we decided to increase the financial reward and widely advertised the campaign both in local and social media,” Mongkol added.

People in the coastal areas of Southeast Asia have a long tradition of hunting sea turtles for meat and consuming turtle eggs, as in the past the turtle population was abundant and turtle eggs could be commonly found.

However, this tradition has led to a large drop in the sea-turtle population and critically endangered the survival of many turtle species, especially the leatherback turtle. Authorities have registered all species of sea turtles in Thailand as conserved animals and the poaching or collecting of turtle eggs are now illegal. Even though sea turtles are conserved by law in Thailand, their number has reduced even further.

The Marine National Park Operation Centre 2 disclosed that this year alone, more than 25 sea turtles were found dead on the northern Andaman coast, due to the problems of plastic pollution in the sea, illegal fishing and turtle eggs smuggling.

Mongkol informed that the long and quiet beaches from Thai Mueang Beach in Phang Nga to Mai Khao Beach in Phuket are among the most prominent nesting grounds for sea turtles in Thailand, so many turtle nests could easily be found at these beaches in the past.

But as the number of sea turtles continues to drop, even in the major nesting grounds inside Khao Lampi-Hat Thai Mueang National Park, the turtle nests have become rare. The leatherback turtle’s nest has not been sighted in this park for four years, he said. 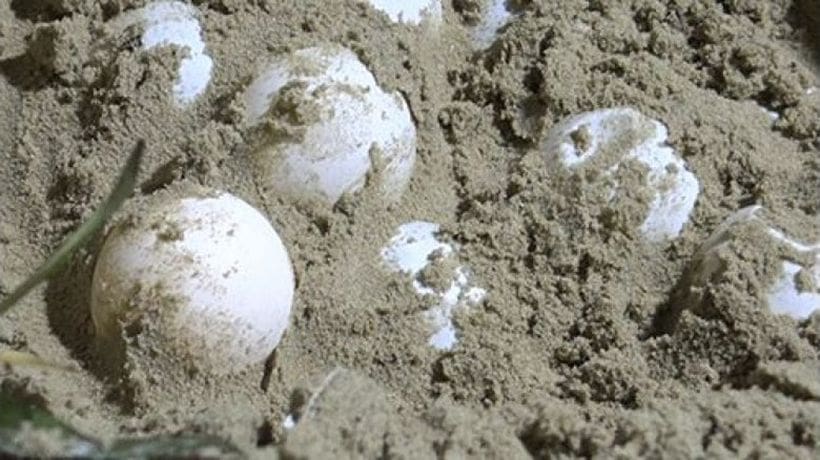 Boats warned to avoid the area of the burnt out yacht