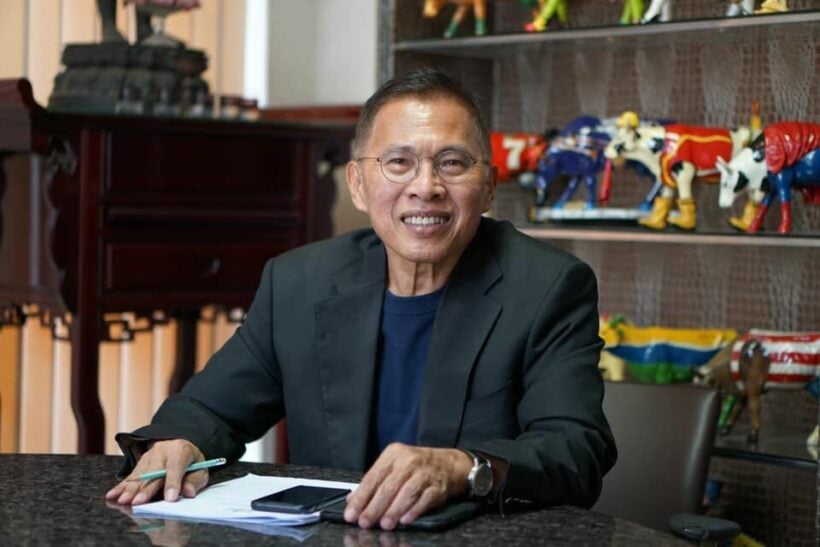 A Thai MP, who at one point was involved in Thaksin’s Pheu Thai party, was jailed on Friday for corruption in a housing project. MP Watana Muangsook, who left Pheu Thai to join Thai Sang Thai last year, is charged with 11 counts of corruption, including abuse of power and demanding bribes.

In 2003, Watana was involved in the Ua Athorn low-cost housing project started by former PM Thaksin. Thaksin’s cabinet approved one billion baht in state subsidies for the 2.5 billion baht project. It included one million low-cost apartments and houses across Thaialnd. Each unit could be sold for 400,000 to 700,000 baht.

After the 2006 military coup overthrew Thaksin’s government, Thailand’s Assets Examinations Committee investigated allegations against the government of irregularities. The committee found that 82.6 million baht from the project’s contractor was paid to Watana through the bank accounts of rice trader Apichart Chansakulporn’s employees. The findings were passed on to the National Anti-Corruption Commision. In 2016, the commission resolved to send Watana’s case, and the cases of 13 others, to the Office of the Attorney-General.

In 2019, Watana accused the NACC of tampering with witness statements on the scandal.

On Friday, the court confirmed a 99 year prison sentence, however Thai law allows a maximum of 50 years.

Watana is 64 years old. He started as a lawyer in 1982, before moving into politics in 1996. He is a graduate of Chulalongkorn University.

palooka
58 minutes ago, Fortuner said: Amazing Thailand took only 16 years to prosecute this lizard I am surprised that he didn’t pass away before the court give him jail time. Supposed crime 2003, jailed 2022, 19 years to get their…

AdvocatusDiaboli
1 minute ago, palooka said: Supposed crime 2003, jailed 2022, 19 years to get their man, puts the Canadian Mounties to shame. Surely a statute of limitations for this ….. red Bull has nearly run out

palooka
3 minutes ago, AdvocatusDiaboli said: red Bull has nearly run out His family has probably paid their dues, maybe this bloke is honest and did not.

King Cotton
11 minutes ago, Graham said: And you can bet the corruption is still going on even in the current establishment. 555 TIT Looks like you're after the 'Understatement of the Day' award, there, @Graham. . . nice one! 😉

Guest1
1 hour ago, Fortuner said: Amazing Thailand took only 16 years to prosecute this lizard I am surprised that he didn’t pass away before the court give him jail time. That was, perhaps, the hope? it would have stopped all…