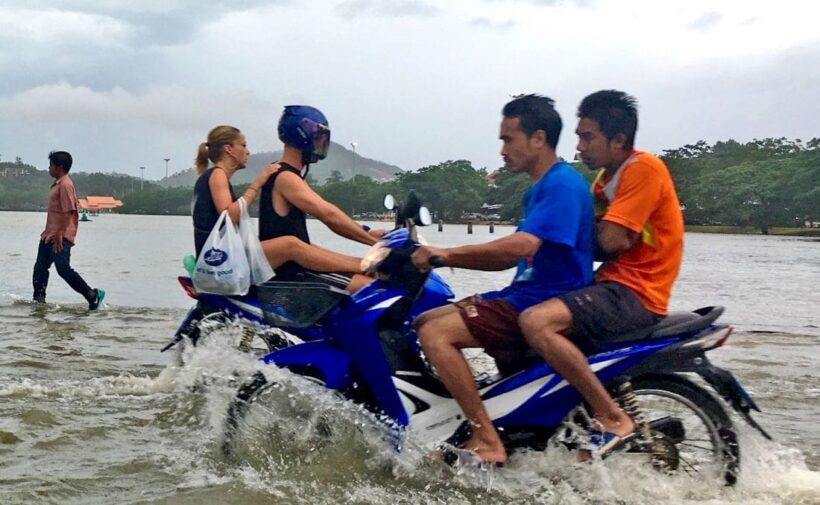 The daily forecast gives us an approximate idea of expected weather and rain. But now researchers have a new tool which will provide much more accurate predictions of precipitation around the Kingdom. The system will be an invaluable tool for water management and flood prevention.

“We call this algorithm POP and it has proved to be highly accurate,” King Mongkut’s Institute of Technology Ladkrabang (KMITL) lecturer Assistant Professor Chinnawat Surussavadee revealed this week.

He led the KMITL research team, which created POP in collaboration with the Thailand Research Fund.

Chinnawat said his team focused on developing an efficient tool to predict and estimate rainfall, because Thailand lacks accurate information for effective water management, which is why it is regularly hit by drought and floods.

“There are not many rainfall stations in the country, and that’s why planners don’t have solid information in hand,” Chinnawat pointed out.

He explained that while a station can forecast the amount of rain that is expected to fall in its own area, this information cannot be used to represent the entire province.

“When rain falls here, it does not mean there is rain in all of Bangkok,” he said, adding that though the authorities already deployed radar in estimating rainfall, these devices were not very accurate because they focus on water elements in the cloud – not actual rain.

“Besides, radar devices do not comprehensively cover every part of Thailand,” he said.

Chinnawat said POP, which integrates information from 10 satellites, has proved to be efficient in estimating rainfall.

“We compared the information provided by POP against what is provided by rainfall stations,” he said, adding that POP has already been integrated in the ThailandRain app, which can be downloaded for free to both Android and iOS devices.

Chinnawat also developed WMApp – the first app to provide detailed weather forecasts for Southeast Asia. It can be downloaded for free to both Android and iOS devices and already has more than 150,000 users.