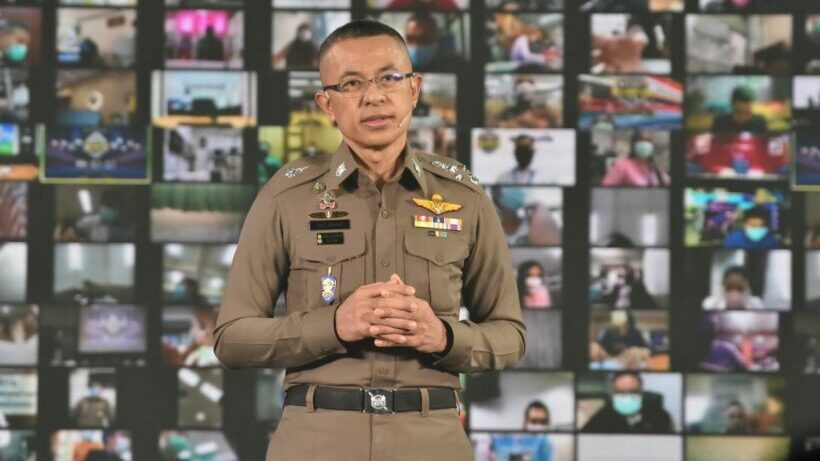 15 police stations across the country are participating in an innovative project that joins technology with an interpersonal approach to tackle crime. National police chief Suwat Jangyodsuk says police must reevaluate how they fight crime. He insists police must be knowledgeable and study modern policing.

Suwat says educated police work more efficiently in what can be a fluid social environment. Suwat went on to say that the social environment is becoming more complex and with it, crime has become complex. Police must be able to handle these new, complex crimes, says Suwat. He adds that these types of challenges are being focused on with the Smart Safety Zone 4.0 project.

The project will first be rolled out in 15 police stations: Bangkok, Nonthaburi, Samut Prakan, Chon Buri, Rayong, Prachin Buri, Nakhon Ratchasima, Udon Thani, Chiang Mai, Phitsanulok, Ratchaburi, Phuket, and Songkhla. The project kicked off last week and is a reflection of how the country is changing its crime suppression tactics.

The Bangkok Post says these stations were chosen as there are high levels of public concern about crime in the respective provinces. As part of the SSZ 4.0 project, officers will have regular training and they will have local stakeholders, such as politicians, civil servants, religious and education leaders, and others, be included in the polices’ crime prevention programmes.

Part of the SSZ 4.0 project uses technological tools such as smart cameras, instant crime alert equipment and a drone to help track crime. There will also be high-tech surveillance cameras that will be connected with cameras that have been installed by private businesses.

The other part of the strategy, the interpersonal aspect, focuses on the participation of local people as well as stakeholders. Suwat says residents must be aware they are also responsible for keeping their own backyard safe. He does concede that police can overemphasise enforcing the law and arresting as many suspects as possible while admitting this strategy hasn’t reduced the crime rate.

“The police cannot go it alone without the help of the people and expect to bask in achievements”, says Suwat.

gummy
1 minute ago, ExpatPattaya said: With proper technology and community participation we could get rid of the police IMO.   Their grifting days are numbered I say.  555 Not while they are a state sponsored criminal organisation
Jason
The Police Chief is right about the complexity of crime and there is a need for police to recruit people ,who are educated and able to surpass the abilities of criminals in solving and preventing crime. As an outsider, the…
JackMeOff
Yes… Absolutey great idea! Become a sleuth.  Turn on the hidden camera and catch them at their own game taking tea money.

Rain
21 hours ago, Lowseasonlover said: Well sunshine, I think you should start from the Top that will keep you busy That's not how the game is played.

MrStretch
14 hours ago, Jason said: The Police Chief is right about the complexity of crime and there is a need for police to recruit people ,who are educated and able to surpass the abilities of criminals in solving and preventing…