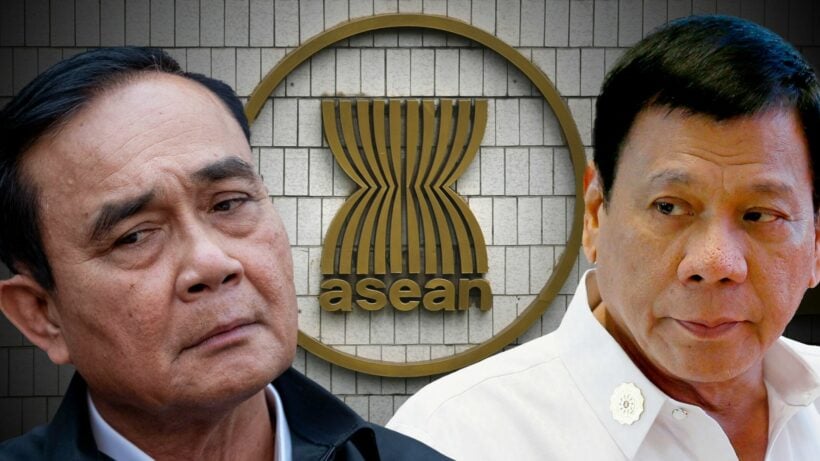 Thailand’s PM Prayut Chan-o-cha will skip out of attending the Asean summit in Jakarta, Indonesia this Saturday, saying he needs to stay to deal with the country’s Covid-19 situation. The summit was to specially address the worsening situation in the neighbouring country of Myanmar, which saw a military coup February 1. The decision for PM Prayut to skip out is seen by some as a lost opportunity as Thailand plays an important role in Asean. The Indonesian president personally called Prayut to persuade him to join the meeting.

But, instead, Prayut assigned Deputy PM and Foreign Minister Don Pramudwinai as a special envoy to the meeting. He did express concern during their phone call, saying the situation poses challenges to peace and stability in the region. He says Thailand is ready to stand by any decision made by Asean. The Indonesian president said he understood Prayut’s decision and noted that they are both on the same page in trying to find a way to stop the violence and de-escalate the situation.

As the Myanmar military leader Min Aung Hlaing is reportedly attending the meeting, the forum could provide the Asean leaders with a chance for a tete-a-tete with the junta leader, further pointing towards Thailand missing the opportunity for negotiations. PM Prayut was the only Asean leader that the Myanmar general wrote to, after the February 1 coup, asking for his support in restoring democracy to Myanmar. The decision for the junta leader to attend the Asean meeting has many critics of the military up in arms, saying his role is not legal and shouldn’t be recognised as a leader of the nation.

Prayut has been advised to stay home and deal with the 3rd wave of Covid-19 in Thailand, after receiving sharp criticisms of his handling of the pandemic. The public perception is that the vaccine rollouts have been too few and too slow. If Prayut were to attend the meeting, he would have to enter a 10 day self-isolation, taking time away from managing the resurgence of the pandemic, which today has seen the highest amount of daily infections, at 2,070, along with 4 deaths, since its onset at the beginning of 2020.