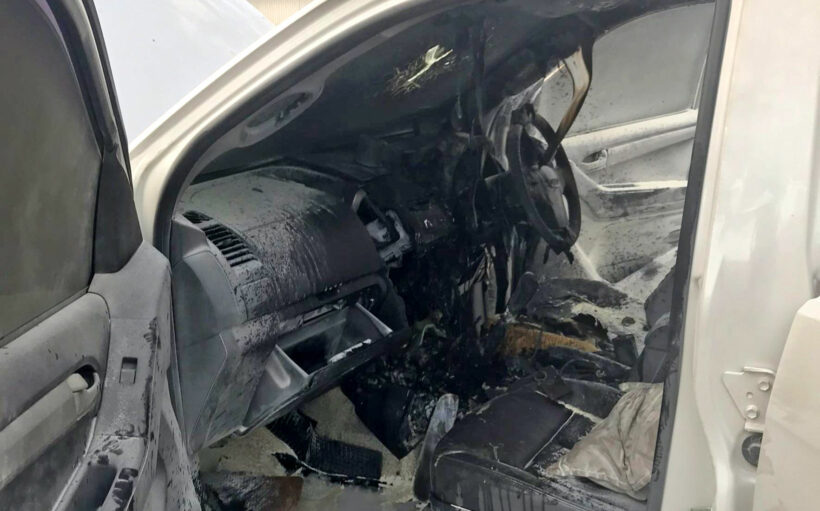 A pick-up truck owner in Rayong province, eastern Thailand, has posted details on social media of how the dashcam in his vehicle “exploded”, starting a fire that destroyed the entire front of the truck.

Thai Residents reports that the man’s girlfriend was using the vehicle at the time and had parked it at her workplace at around 1pm, leaving one of the windows open. When she returned to the truck three hours later, she could see smoke coming from the window, caused, she claims, by the dashcam, and the rest of the dash and interior was on fire.

The explosion had already blown out the windscreen and burnt the pick-up console, as well as the front seats and doors. A passing security guard assisted the woman put out the fire, preventing it from spreading to the rest of the truck.

The truck owner has posted pictures that show the burnt out remains of the front of the vehicle as a warning to other drivers. He says he purchased the dashcam about 3½ years ago. He says he has never heard of an exploding dashcam prior to this.

The brand of dashcam isn’t mentioned, the driver insisting his intention is merely to warn other drivers, not to point the finger at any one manufacturer. His girlfriend says she feels lucky not to have been driving the car at the time. 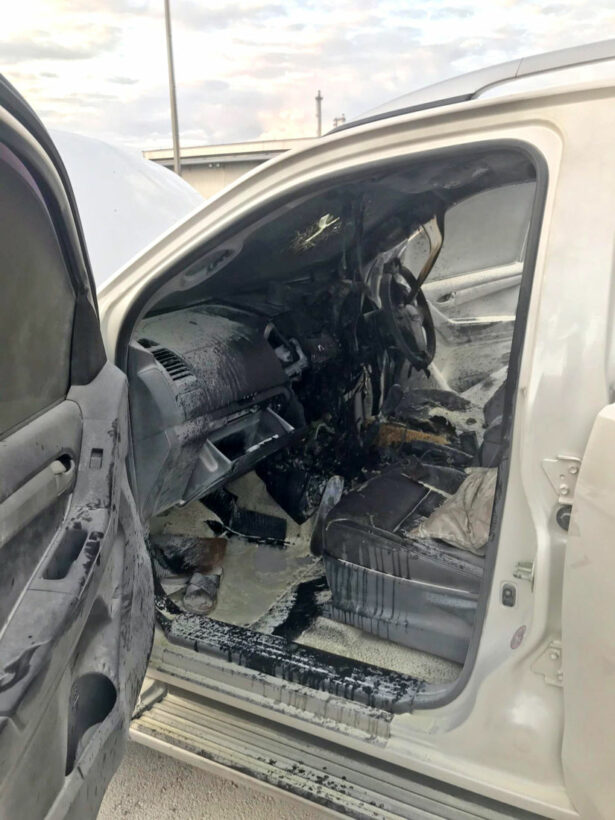