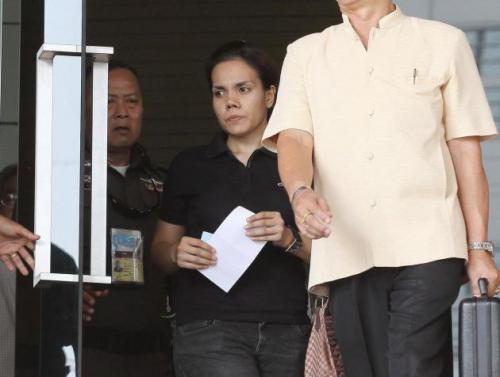 He turned 100 on October 3 and is considered the longest living Supreme Patriarch in Thai history.

According to the government’s announcement, the national flag will at half-mast during October 25-27 to commemorate his departure.

Meanwhile, all civil servants and government employees are ordered to wear unadorned black clothing for mourning for 15 days, starting from October 15.

From 8am on October 25, Buddhist followers will be allowed to pay respect to His Holiness. At noon, his body would be moved from Chulalongkorn Hospital to Wat Bororanives, via Rajadamri Road towards the expressway (Rama IV entrance). From Urupong exit, the motorcade will turn left to Petchburi Road, towards Rajadamnoen Klang Avenue, Democracy Monument and Phra Sumain Road where the temple is located.

The departure of the revered 19th Supreme Patriarch of the Rattanakosin Kingdom brings great sadness to his devout followers, who have been anxiously monitoring updates on his health.

Chulalongkorn University, where he was being treated, confirmed that His Holiness passed away at 7.30pm last night.

The late Supreme Patriarch underwent an intestinal surgery for bacterial infection on October 14 at Chulalongkorn Hospital.

Phra Nyanasamvara was the mentor of His Majesty the King during his 15-day ordination from October 22 to November 5, 1956. He held several prominent ecclesiastical positions after being ordained as a novice when he was 14 and then entering monkhood proper when he turned 20. He was appointed as Supreme Patriarch in 1988.

According to his secretariat office, His Holiness always reminded his followers about the “Three Marks of Existence” – impermanence, suffering and non-existence.

Wat Bororanives, which was his official residence, marked the Supreme Patriarch’s centennial with an exhibition of major historical events over the past 100 years.


Woman behind Furby fraud gets suspended sentence
The Nation / Phuket Gazette
PHUKET: The woman who made up to Bt5 million by luring people into paying for Furby dolls that were never delivered, was sentenced to a suspended three-year jail term. The verdict was reduced from 75 years behind bars after she returned the money to all 25 victims and pleaded guilty.

Chonnikan Taichilasunthorn is also required to complete 30 hours of public service and pay Bt62,500 in fines. She was initially required to pay Bt5,000 in fines and faced three years in jail for each of the 25 cases.

The Criminal Court later halved the term to 37 and half years and the fine to Bt62,500, before finally suspending the term for three years thanks to her clean record.


Mahouts fight against elephant ownership bill
The Nation / Phuket Gazette
PHUKET: Hundreds of mahouts gathered with their elephants yesterday at Ayutthaya’s elephant corral and called on the government not to approve the draft Wild Animals Preservation and Protection Bill, which would transfer the ownership of domesticated elephants to a state agency supervising wildlife protection.

Meanwhile, Deputy Prime Minister General Pracha Promnog is expected to visit Ayutthaya today to collect their complaints. The mahouts have said that if Pracha failed to show up, they would bring their elephants to the capital to rally outside Government House.

A public forum is being held on the draft bill, which will be considered by Parliament later. The mahouts also called on the government to remove Natural Resources and Environment Vice Minister Damrong Phidet – former chief of the National Parks, Wildlife and Plant Conservation Department – from his current position after he told the press that he would push for the draft bill to be taken to Parliament.

Netiwin Amornshing, a 36-year-old mahout from Surin, said the bill was unfair.

“The bill will not resolve the problems,” he said.

The bill proposed by the National Parks, Wildlife and Plant Conservation Department aims to prevent the poaching and illegal trade of elephants. However, some proposed measures would allow officials to confiscate elephants if they find that identification certificates do not match the animals’ physical characteristics.

Over the past few years many wild elephants in Thailand have been poached and domesticated, with some mahouts forging identification certificates. But instead of a bill to transfer ownership of domesticated elephants to a state agency, Netiwin said the government should plug that loophole by handing responsibility for issuing identification certificates to the Interior Ministry.

“The government should increase penalties instead of passing a new law to control everything,” he said, adding that if the government did not respond to their demands, thousands of mahouts nationwide would take their elephants to protest outside city halls.

Netiwin also said that if the government wanted to resolve the problem of mahouts taking their elephants into cities and built-up areas, it should set up an elephant fund.

Meanwhile, Damrong said he was not directly involved in the effort to push through the draft Wild Animals Preservation and Protection Bill.

“I think this bill is a positive step to protect wild elephants, so I am merely supporting it,” he said, adding that he was prepared to resign from his ministerial position if necessary. “It’s fine if they want me to go.”


Govt pays out more than Bt641m to Tak Bai victims
The Nation / Phuket Gazette
PHUKET: The government has paid more than Bt641 million to victims wounded in the Tak Bai incident, and to the families of those killed during the violent crackdown by the Thai Army on protesters nine years ago this day.

The amount is in addition to Bt42 million paid in compensation by the Army in 2007 to the injured and to families of the deceased.

A total of Bt641.4 million has been paid – Bt561.1 million to families of 85 people killed, Bt60.4 million to 49 of those injured, and Bt6.3 million to a person disabled in the incident, according to the Isra News Agency.

Another Bt11.4 million was also paid to 766 people, who were detained as a result of the crackdown and later released, while an additional Bt2 million has been paid to 58 people who were sued by the government, but from which prosecutors later withdrew the cases against them.

A number of those affected still have not claimed their compensation.

Compensation by the government was pushed for by the Southern Border Provinces Administrative Centre, according to the news agency, which specialises in issues involving the Muslim-majority southern border region.

On October 25, 2004, several hundred people protested outside the Tak Bai district police station in Narathiwat against the arrest of six village defence volunteers accused of filing false reports about the theft of their