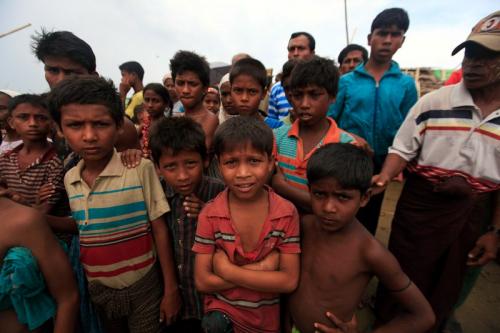 PHUKET: The European Union is committing 200,000 euros to provide humanitarian assistance to Rohingya refugees being detained in Thailand, the EU Delegation to Thailand announced on Friday.

The help will be directed to Rohingya men at detention centres and Rohingya women and children at social welfare facilities.

The International Organization for Migration (IOM) will take charge of the aid, which will provide the Rohingya with basic household items, food and health care.

The project will be monitored by the EU’s Humanitarian Aid and Civil Protection department (ECHO), which maintains a regional office in Bangkok.

The funding decision was made after ECHO experts, accompanied by ECHO’s Director of Operations, Jean-Louis de Brouwer, paid a visit to one of the detention facilities in May.

Some 2,000 Rohingyas, fleeing communal violence in Myanmar, were intercepted in Thailand in early 2013, while trying to reach Malaysia.

Central government funding to provide food and basic care to the refugees is minimal and donations from local communities have dried up, prompting the Head of the EU Delegation to Thailand, David Lipman, to express the EU’s concern about conditions in these facilities.

“We are worried that the unhealthy and overcrowded conditions inside these facilities are detrimental to the health of the refugees” he explained.

“Men and boys are being held in separate facilities from their families and they live in constant fear of being repatriated. We therefore urge the government to work together with international agencies in finding durable solutions for these refugees.”

Following inter-communal violence in Rakhine State in Myanmar, thousands of Rohingyas have been fleeing on boats, hoping to reach Malaysia.

Since January some 2,000 Rohingya men, women and children have been detained, while trying to cross Thailand into Malaysia. Rohingya families have been split up, with women and children sent to government-run shelters separate from the men, who are placed in immigration detention centers.