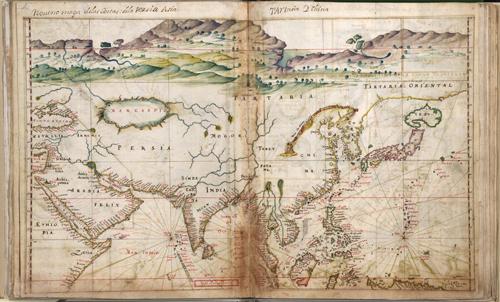 PHUKET: The Portuguese were the first European power to arrive in the Far-East and established a diplomatic relationship with Thailand, which at that time was known as the Kingdom of Siam. Portuguese diplomatic missions arrived in Siam in the early 16th Century. During that period the Kingdom’s capital and center of authority was based in the ancient city of Ayutthaya. Vassal states, based in modern day Laos and Chiang Mai owed their allegiance to the Siamese King who ruled from Ayutthaya

In the year 1518 the Portuguese sent an envoy, Duarte Coelho, to the court of Ayutthaya. The envoy bore a letter and gifts from the King of Portugal to the king of Siam. The treaty that followed guaranteed the supply of Portuguese guns and ammunition to Siam. In return, King Rama Tibodi II of Siam provided the Portuguese with facilities to settle and trade freely throughout the Kingdom, as well as the liberty to practice Christianity in the Siamese Kingdom.

In 1511, the Portuguese, under Alfonso de Albuquerque set sail from Goa, on the west coast of India, with a force of 1,200 men to attack Malacca, a city-state on the Malay Peninsula ruled by a Muslim sultan. They conquered the city in August of 1511, establishing the first European colony in the Far-East. In their treaty with the Siamese King in 1518, the Portuguese also requested the King to send some Siamese settlers to Malacca to replace the predominantly Moorish traders who had settled there before.

The early years of the Portuguese arrival had proved to be good timing for Siam. Although most Portuguese writings agree that Siam was the most powerful Kingdom in the region at that time, Chiang Mai, its tributary state in the North, had rebelled against Ayutthaya’s authority in 1507 and by the year 1510, the Siamese were suffering severe losses in the war with Chiang Mai. In 1513, a Chiang Mai general took the offensive and marched south, invading Sukhothai and Kamphengphet. By 1515, these two Siamese cities fell to Chiang Mai’s army and were annexed.

The 1518 treaty with the Portuguese provided King Rama Tibodi with an opportunity to improve his army and equip his fighting men with modern European weapons. The King imported a considerable amount of firearms from the Portuguese. He also established a Portuguese training corps and hired Portuguese mercenaries to fight on his side. With the help of Portuguese military advisors, King Rama Tibodi was able to reorganize the Siamese army in 1518, after which he launched a counter-offensive against the Chiang Mai forces, driving them out of Siamese territory and defeating them at the banks of the river Mewang in Lampang province.

Gunpowder, firearms and cannons had been imported into the region long before the arrival of the Portuguese. The Malays in Malacca used cannons in their war against the Portuguese. The Siamese could have acquired them from Indian and Arab traders if they wanted. However, when the Portuguese arrived in Siam in 1511, they never saw the use of firearms in the Siamese army. The reason the Siamese ceased their use of firearms was because they did not know how to use them effectively. Gunpowder weapons, without proper training, can wreak havoc on the side using them. This would probably explain why neither the Siamese, nor the Burmese adopted their use up until the time the Portuguese arrived and trained Siamese troops to use them effectively.

After Coelho’s treaty with Siam in 1518, the Portuguese increased their trade with Siam, not just in Ayutthaya but also at several other ports in the Kingdom. Many Portuguese explorers travelled to Siam and some, like Mendes Pinto, who was an adventurous explorer and writer, travelled extensively throughout the Kingdom and kept a detailed account of his adventures.

Pinto arrived in Siam in the year 1545. His accounts of the country go beyond Ayutthaya and included a reasonably detailed account of ports in the south of the Kingdom as well. Pinto was one of the first European explorers to mention Phuket in any detail, in his travel accounts. He referred to the island as ‘Junk Ceylon’, a name the Portuguese used for Phuket Island in their maps. Junk Ceylon is mentioned seven times in Mendes Pinto’s accounts. Pinto said that Junk Ceylon was a destination port where trading vessels made regular stops for supplies and provisions, however, during the mid-16th century, the island was in decline due to pirates and often rough and unpredictable seas, which deterred merchant vessels from visiting Junk Ceylon. Pinto mentioned several other notable port cities in his accounts, including Patani and Ligor,which is modern day Nakhon Si Thamarat.

Pinto first visited Ligor when on a trading mission, under the leadership of Antonio de Faria e Souza. According to his writings, the trading party went with a cargo of Indian cotton textile. When he reached the city, he wrote that it was a rich and heavily trafficked seaport in Siam, always crowded with junks from the island of Java and from several other ports in the region. Trading ships came to the city from as far away as Borneo to trade with Ligor. It was the center of regional power in the South of Siam. Their journey to Ligor was not a happy one. According to Pinto’s accounts, their trading party was attacked by a band of Moorish pirates on the high seas and they lost all of their merchandise to the attackers.

The Portuguese were arguably the first Europeans to introduce the proper use of firearms into the Siamese army. They also travelled the coastline of the Kingdom extensively and drew many of the early European maps of Siam. The term Junk Ceylon, later used as a common European reference to Phuket Island, also first appeared in Portuguese charts. Later down the timeline, other European powers, the Dutch, French and British would follow the lucrative trade route pioneered by the Portuguese which would eventually lead them into a fierce competition to become the dominant power in the Far East.

Phuket Health: Back to the bare basics