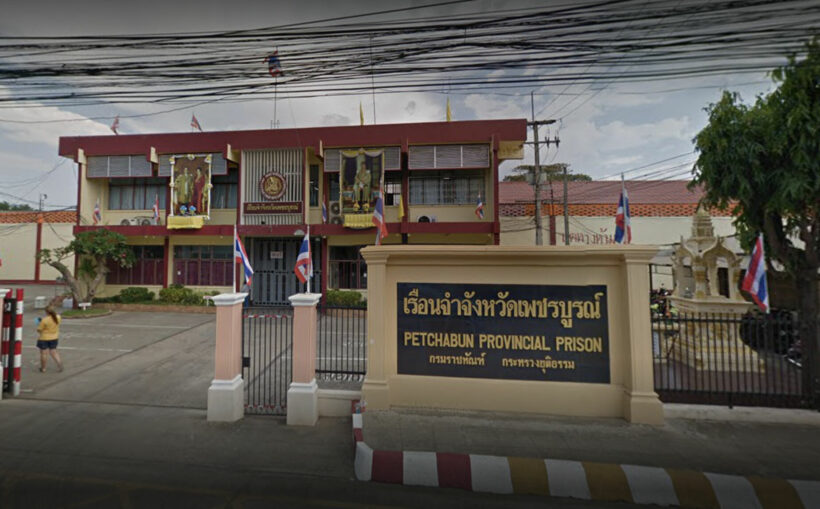 Police detained all 4 inmates who broke out of the Phetchabun Provincial Prison early yesterday morning. The inmates, all facing drug charges, escaped from the prison in province north of Bangkok at around 2:30am yesterday. The escapees did not run off too far and were all found within the district later that day.

Just hours later at around 6am, officers found escapee 35 year old Vacharin Chanboon hiding in the Muang Phetchabun School, around 750 metres from the prison, according to police. Later that afternoon, at around 3pm, police found 18 year old Thanadol Tantiwanitcharoen and 21 year old Krisda Khongkhao at a furniture shop in the province’s Muang district.

21 year old Pataradanai Suesirithamrong, surrendered that evening at 7:45pm. Police say the escapee had been hiding in a shelter near Phetcharat Hospital in Muang district, which is just 600 metres from the prison.