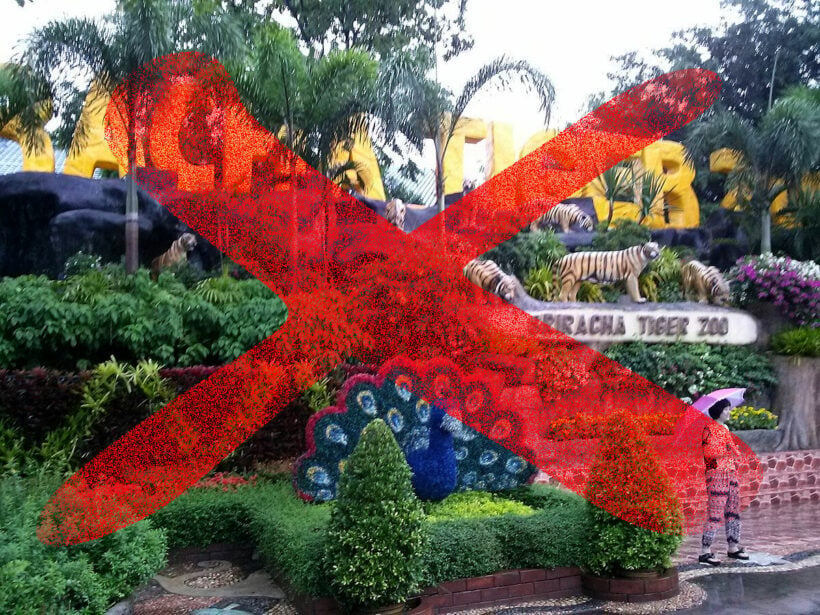 This evening the governor of Chon Buri added to the growing list of Covid-19 restrictions and closures as infections swell in the province and around Thailand. As the province reports hundreds of new infections every day, safety measures and restrictions seem to be implemented nearly daily to attempt to curb the spread. Tonight’s restrictions closed all Chon Buri tourist attractions and shows, several work camps, as well as animal attractions, popular hangout spots and beaches.

The Chon Buri Public Relations office released a statement along with the governor’s order explaining that the locations specified for closure are areas where authorities have identified many Covid-19 infections and so the communicable disease committee has decided to close them.

Camps for construction workers in Si Racha and Banglamung have been closed. Standard Performance Co in Surasak, Si Racha received closing orders until August 16, while Wisswapat Co in Nongprue, Banglamung has been ordered to close until August 18. Operators and owners were warned to strictly follow all Public Health Official restrictions and rules.

The list of other areas ordered closed in Chon Buri this evening includes all locations related to tourism, including private and state-run tourist sites and attractions of any size. The rule applies to indoor and outdoor attractions. Another important outdoor attraction closure – all beaches and reservoirs are off-limits to everyone except local fishermen working there. Swimming, tanning, beach sports and water sports are all forbidden.

Zoos and animal parks are also closed in Chon Buri, including any sort of animal show. In fact, all types of shows are basically banned as public show venues of any kind have been closed. Kids have it just as bad as animals as well, with both indoor and outdoor playgrounds or areas with toys and play structures for children have been ordered to be closed.

A few bridges in Chon Buri were closed except for traffic crossing as they pose a threat for Covid-19 since they are popular hangout spots for locals and youths. Si Racha’s Koh Loi Bridge is only available for people crossing between Koh Loi and Koh Sichang. And in Meuang Chonburi the Chonlamart Vithi bridge requires official permission to use.

Laem Chabang Port will face struggles as all incoming cargo boats that are travelling from beyond the Chon Buri borders must obtain clearance from public health officials before being allowed to land. Stev
Today in Bangkok suddenly all parks are closed until the end of August... where was this announced in the news? ..and what actually is the difference between walking/exercising in a park and walking/exercising on the street ? These kinds of…
Joe
Yes! The rules don't always apply to those that can pay! New "Elite" visas to Thailand are being sold now costing thousands of dollars a year! So it only takes money to bypass the standard system. But Thailand is not…

JamesE
5 hours ago, Stev said: Today in Bangkok suddenly all parks are closed until the end of August... where was this announced in the news? ..and what actually is the difference between walking/exercising in a park and walking/exercising on the…

gummy
3 hours ago, JamesE said: When you die in a park it's harder to get the ambulance. Outside a 7-11 it only takes a few hours. Plus dying outside a 7/11 will attract crowds to stand and gawp who will then…

bushav8r
I don't feel filthy.  Is this something the Minister of Health came up with?