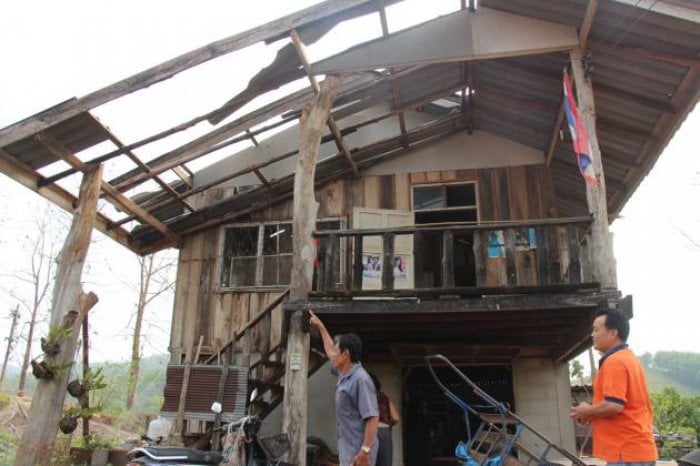 PHUKET: Local officials yesterday inspected the damage at more than 1,000 homes following a hailstorm that hit parts of Chiang Rai on Wednesday night.

In hardest-hit Wiang Chiang Rung district, Singkham Jomsawan, president of the Thung Kor Tambon Administrative Organization (OrBorTor), said officials found that at least 770 homes in 15 villages were damaged. Most had holes in the roof or had the roofs blown off.

In Lampang’s Wang Nua district, provincial disaster prevention and mitigation head Ekkrit Jittangkul reported that more than 700 homes had been damaged by the hailstorm.

The worst-hit area was Tambon Thung Hua, where about 450 homes were damaged and a monks’ residence burned down after being hit by lightning.