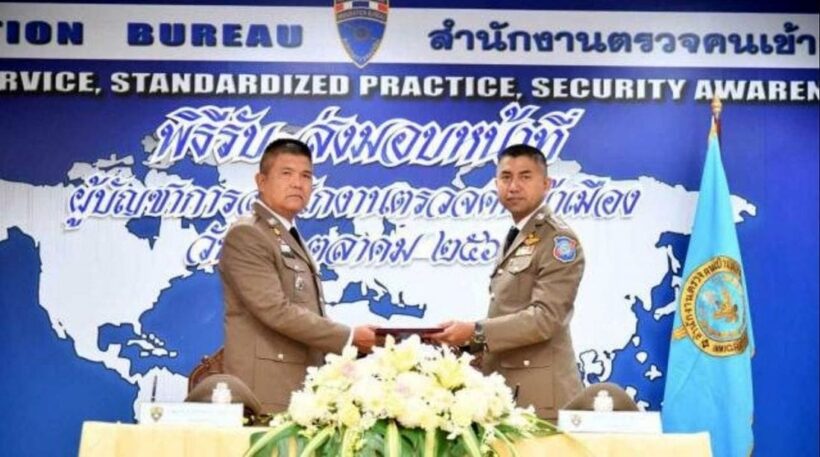 Thailand’s famous crime buster Surachete Hakparn, aka “Big Joke”, has been welcomed to his new job as head of Thai immigration during a ceremony this afternoon. He kicked off with some tough words,  promising action against visa agent rip-offs and officers under his new command.

Thai Rath reports that he says he’s determined to stamp out ‘paper bags’ and that “No Tip” signs would be going up at immigration centers around the country.

Flowers were handed to both men in a formal ceremony (which we’re sure they will rush home and put in a vase on the dining table). Surachate praised the work of Suthipong promising to take up from where he left off. But he did pledge a tightening up of procedures and a drive to 4.0, code for ‘a more modern department’, and less paperwork. He also claimed he would add 1,000 new staff in immigration to improve efficiency.

On the top of his list are agents who rip people off for visas. Visa agents, working with visa run companies and overseas embassies, have developed an elaborate system of fees and paybacks for preferred services. 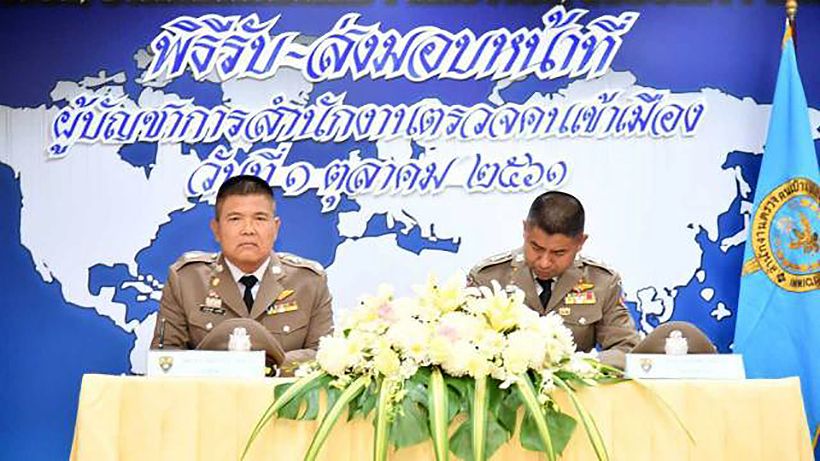 Thanathorn says he’s ready to be the next Thai PM