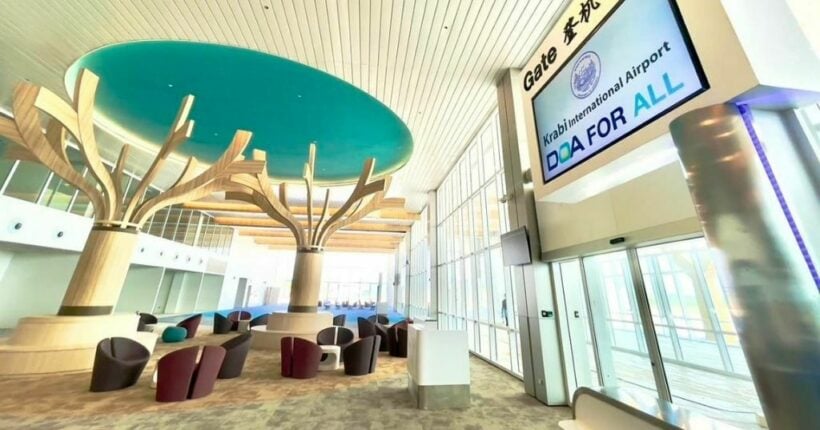 Photo via the Department of Airport

Krabi International Airport is hoping to double its passenger capacity when a new passenger terminal opens, car parking areas increased and renovations are completed on the old terminal. The terminals were expected to officially open in October, but the schedule is now postponed until November due to delays caused by the Covid pandemic in Thailand (although The Thaiger notes the terminal has been largely empty for most of the past year).

Yesterday, the Department of Airports updated the development of the construction and renovations at Krabi International Airport. The department says that the project is now 80% complete, and was expected to be finished before November this year. The report says that the new terminal and 2 renovated terminals would provide 68,000 square metres – doubling the passenger capacity from 4 million passengers to 8 million passengers per year. The car parking building would be able to accommodate 2,000 cars.

Airport officials say that the new or third terminal had been finished, leaving only some details which will be finished by August. Then, the old terminals would be closed for a make-over to bring them in line with the newer terminal designs. 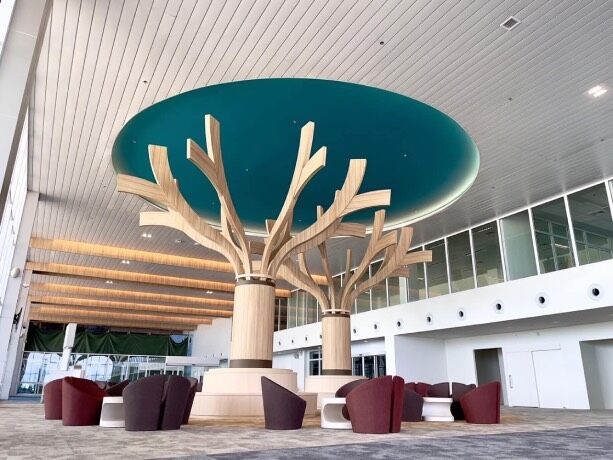