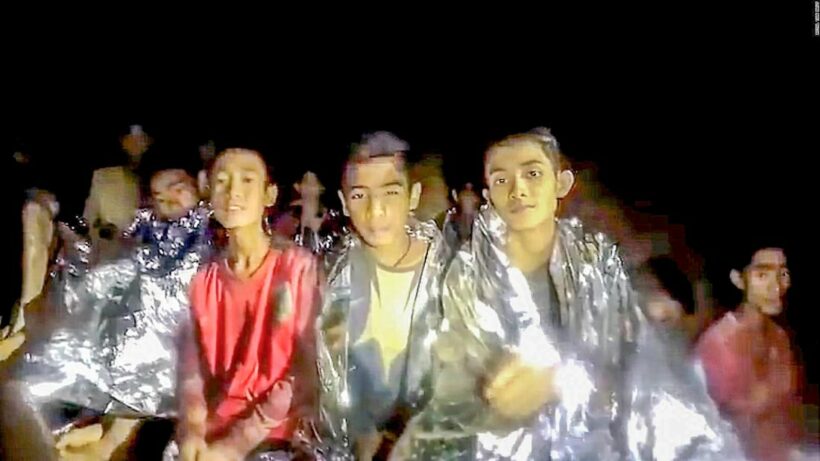 On June 23 2018, the world first heard about the disappearance of 12 Thai boys, the young Mu Pa football team and their assistant coach, in a cave system in Chiang Rai, northern Thailand.

“When the cave was unexpectedly flooded, the boys, aged between 11 and 16, and 24 year old Ekapol “Coach Ek” Jantawong, were trapped deep inside, with no means of communication with the outside world. Only a scooter and 11 bicycles they had left in the bushes outside the cave offered a clue to their whereabouts.”

When the boys failed to return home that night it was their head coach and distraught parents who rushed to the cave, and began calling out for their boys.

“The only answer came from the cave itself, the echoes bouncing the names back at them” writes Journalist Matt Gutman in his new book, The Boys in the Cave: Deep Inside the Impossible Rescue in Thailand.

Chief national correspondent for America’s ABC News, Mat Gutman covered the rescue operation on location. His account is well researched, including interviews with dozens of local witnesses, experts and rescuers. As the first published work on the incident (many more of which are expected to follow) there is high expectations for it to be made into a feature film.

The story appears to be made for the big screen; as a desperate situation brings an international team of experts to pull off an almost lunatic escape plan in a complex underwater cave system. The book chronicles the background of all the boys and their assistant coach and how they struggled to find higher ground as they were forced deeper into the caves.

How they practiced meditation to help pass the hours submerged in almost total darkness, managing what little food and light they had. A small army being formed outside the caves, desperate to rescue the boys, with international help eventually arriving to help give another perspective to the problem.

The book follows the arrival of foreigners whilst the local community comes together to help the group of young men escape what to some seemed to be a lost cause, and then succeed.

Since the events in the book the boys and their coach were ordained as monk novices (except for one), travel the US, appear on the ‘Ellen Show’ and meet and train with football legend Zlatan Ibrahimović.

Come the final page, and despite the death of retired Thai Seal Saman Gunan, who perished while laying guidelines in a flooded passage, the reader of The Boys in the Cave will be forgiven for repeating the rescue camp’s battle cry of “Hooyah!”, and joyfully punching the air.