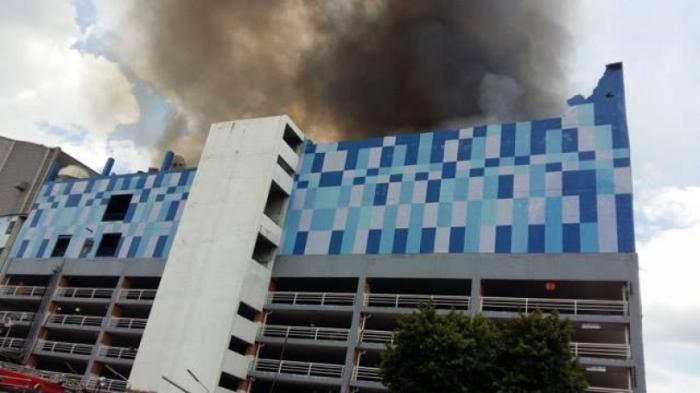 BANGKOK: A faulty billboard was blamed for sparking a massive fire at the Major Cineplex in the Central Pinklao shopping mall in Bangkok this morning.

Police said the fire broke out at 11:15 and within 20 minutes had caused the third-floor roof to collapse, just as a team of firefighters pulled out of the building.

No one was trapped inside the shopping mall.

Police closed off two traffic lanes in front of the mall as 15 fire engines arrived to tackle the blaze.

Bang Plad district director Kannikarn Sangprasit said the fire was caused by a short circuit in one of the cinema’s billboards, which ignited small fires on a carpet below.

The cineplex has been cordoned off while engineers assess structural damage.