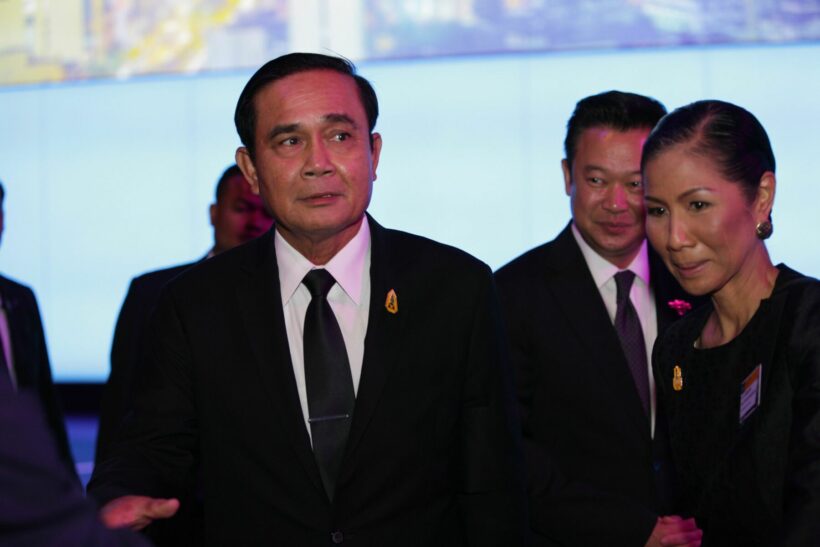 Officers from the computer crime division arrested a 40 year old man for allegedly harassing PM Prayut Chan-o-cha’s twin daughters on the social media platform Twitter. Police say the man posted a Tweet, encouraging anyone who comes across the twins Tanya and Nittha to rape the women. Prayut immediately had his lawyer file a complaint.

The man’s name was not released, but reports say he used the Twitter account @jojoshamlet. The deputy superintendent of the Nang Lerng police issued a summons for the suspect to come in for questioning next Monday, but the computer crime division of the police force arrested the man last night instead. The man was arrested at his home in Samut Prakan’s Bang Phili district, southeast of Bangkok.

The prime minister’s attorney, Apiwat Khanthong, says he intends to pursue the case on behalf of Prayut’s twin daughters fully and without concession or leniency.

This is not the first instance of people being prosecuted by the computer crime division for statements and actions about Prayut’s twin daughters. In September, Tanya and Nittha sued 100 people, 7 of whom were charged with libel.

The twins, who are now in their 30s, tend to keep a low profile and stay out of the spotlight. They were briefly in a pop band BADZ in 2006. They became the focus of a Twitter campaign under the hashtag #FindPrayut’sKids last year, which resulted in the previous legal action.