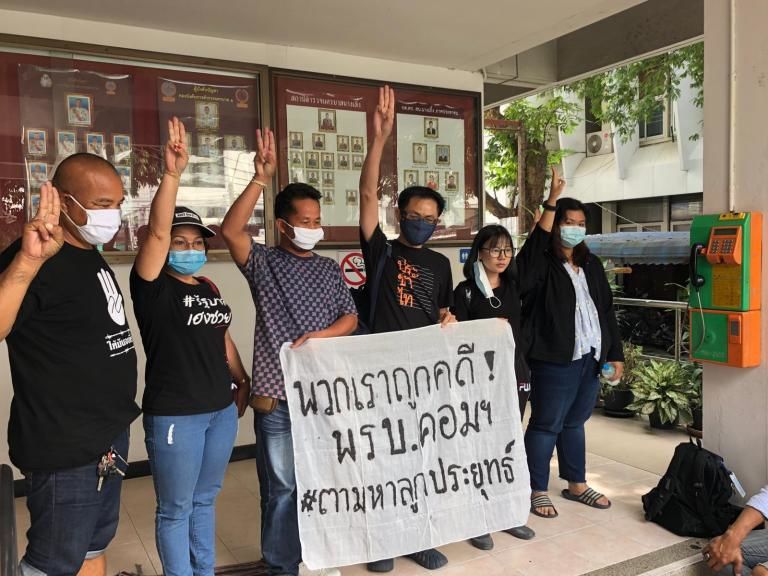 7 people turned themselves into police following a defamation lawsuit filed a few weeks ago by PM Prayut Chan-o-cha’s twin daughters, Thanya and Nittha. The lawsuit was filed against more than 100 social media accounts for spreading false information about the women.

6 of the 7 who face charges were photographed at the police station, protesting their charges and holding up a sign with a hashtag translating to “Finding Prayut’s children.” They raised their hands up in the 3 finger salute, a symbol of resistance against the military run government.

The 7 people who reported to Bangkok’s Nang Lerng Police Station were charged with violating the Computer Crime Act. The prime minister is not involved in the lawsuit, but he told reporters in a previous interview that his daughters have a right to protect their reputations.

Many people on the internet have been trying to track down the daughters. A Thai Enquirer opinion writer called it a “witch hunt.”

Many of the rumours are posted on Twitter. One post claimed the daughters failed their master’s degree exam. Abiwat says that’s false. The twins never even pursued a master’s degree so there was never a test to take, he says. Some say the daughters helped their father launder money. That’s also not true.