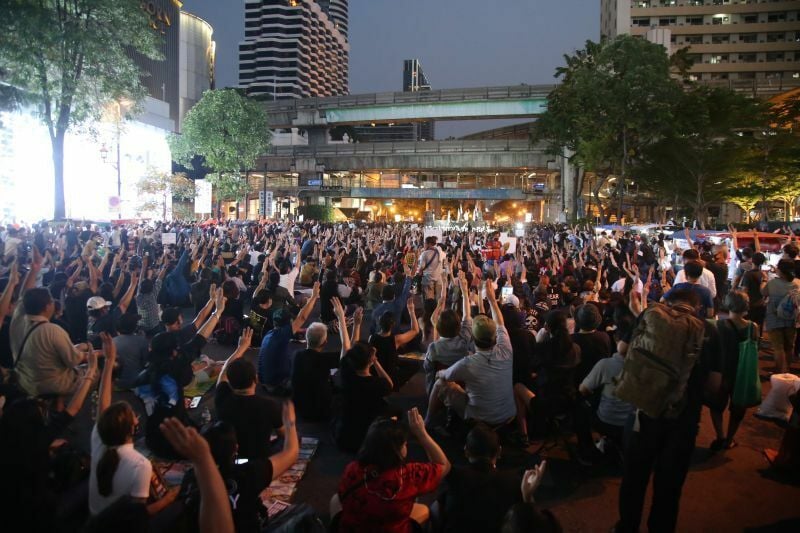 Protesters gathered at the Ratchaprasong intersection in Bangkok yesterday, calling for the release of fellow activists and the resignation of the Thai PM. The anti-government protesters assembled last night and listened to speakers blasting the PM and Thailand’s strict lèse majesté law. The protesters are calling for the law to be abolished, for those charged under the law to be released, and for PM Prayut Chan-o-cha to resign.

Tour bus operators on Phuket are calling for government assistance as they face ongoing legal action over missed lease payments. Operators say the threat of bankruptcy looms over them after a year of unemployment. They say the lockdowns and border closures have wreaked havoc with tourism on the island, and complain that they have never been consulted during talks between the government and others working in the sector.

An illegal casino operator in Pattaya is under arrest again after police accuse him of murdering the man who snitched on him back in February. The 56 year old, known locally as Somchai, was detained at his residence in Pattaya’s Muang district early this morning and is being charged with ordering the murder of a 47 year old.

A sack of tablets, valued around 20 million baht, smuggled in tea packets, was seized along the banks of the Mekong River, in Isaan’s Mukdahana province.

The Internet shopping websites of Lazada and Shopee are going head to head as they are competing for more online shoppers in Thailand. The economic downturn has prompted more efforts to attract new shoppers just as the festive sales season is right around the corner.

A monk in northern Thailand’s Lampang Province has allegedly taken matters into his own hands by kicking a Thai teenager in the face after he refused to travel 5 kilometres to buy food for the monk. According to the 16 year old boy’s mother, her son was visiting a young monk at the local temple and was playing games with him. Another monk came and asked her son to go buy him food by motorbike. Her son said no because he was low on petrol and it was a hot day.

Finally, better put down whatever you’re eating before hearing this…. A 67 year old Thai man complaining of stomach pain and extreme flatulence found out his symptoms were caused by a 18 metre long tapeworm, possibly the longest tapeworm ever recorded in Thailand.