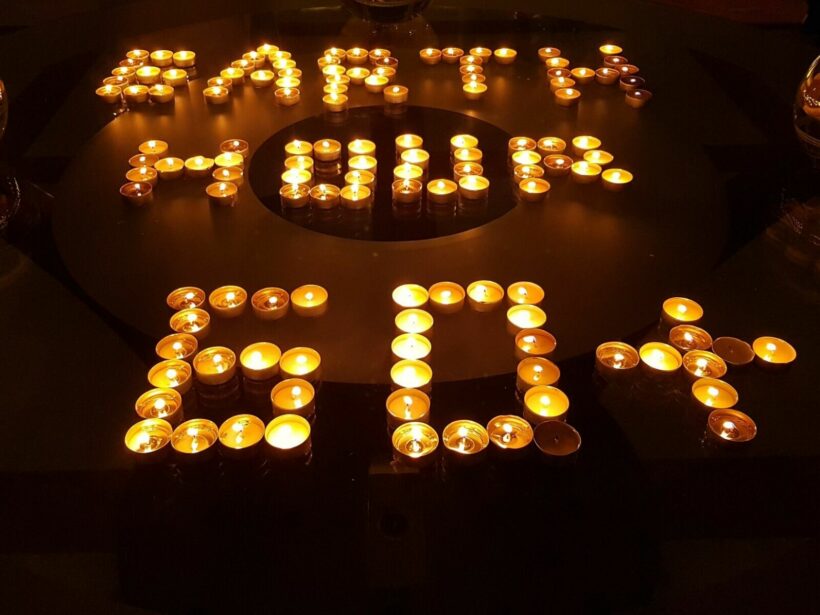 The city of Bangkok will go dark for an hour on Saturday, joining thousands of cities across the globe for Earth Hour, an annual initiative where lights are turned off to raise awareness about protecting the planet. The deputy governor of Bangkok, Sopon Pisuttiwong, says lights be off from 8:30pm to 9:30pm on Saturday, joining 7,000 other cities in darkness.

Just an hour with the lights off can save the city millions of baht. During last year’s “lights-off hour,” the city’s electricity consumption was reduced by 2,483 megawatts. It ultimately saved 10.15 million baht in potential electricity costs.

126 places in Bangkok will turn off the lights, including the Emerald Buddha Temple, Grand Palace, Wat Arun, Sao Ching Cha, Rama VIII Bridge and Wat Saket. Many building owners have also said they will flip the switch for Earth Hour.

People are asked to turn off any unnecessary lights during the Earth Hour. Those who are encouraged to make a social media post using the hashtags #Connect2Earth, #SpeakUpForNature and #BangkokSustainability.

The Bangkok Metropolitan Administration has participated in Earth Hour since 2008. Since then, the city has said its carbon footprint has been reduced by 12,227 tonnes and the city has saved a total of 80.87 million baht in electricity costs.

In a recent news release, the executive director for Business for Nature, Eva Zabey, said this year’s Earth Hour comes at a “critical” time.

“Leading companies recognize they need to act now to both cut greenhouse gas emissions and reverse nature loss by 2030.

Earth Hour is taking place during a critical year, when world leaders are due to agree an ambitious global agreement on nature. Let us use this symbolic moment to think about how we work together – across society, business and government – to change our course towards a nature-positive, net-zero and equitable future.”