The long-running investigation into the scandal surrounding the luxurious wristwatches worn by Deputy PM Prawit Wongsuwan is to be wrapped up and the findings announced at the end of this month.

NACC (National Anti-Corruption Commission) secretary-general Worawit Sukboon says the panel conducting the investigation had already received information from the watch manufacturers about the expensive wristwatches and their serial numbers.

He insisted that the probe would be completed within the set timeline which was December.

The controversy emerged when General Prawit tried to shield his face with his right hand from sunlight during a group photo with the other cabinet members at the Government House late last year. A wristwatch was seen on his wrist which was later identified as a Richard Mille, reportedly costing several million baht.

Later on, more expensive wristwatches of various brands such as Rolex and Patek Philip which were seen on his wrist were exposed. General Prawit claimed that all these wristwatches were loaned to him by a close friend who has already passed away. 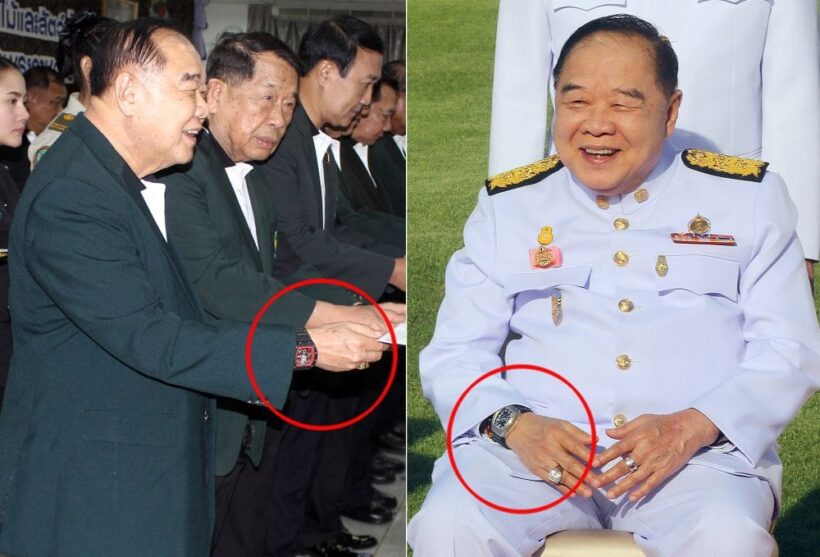