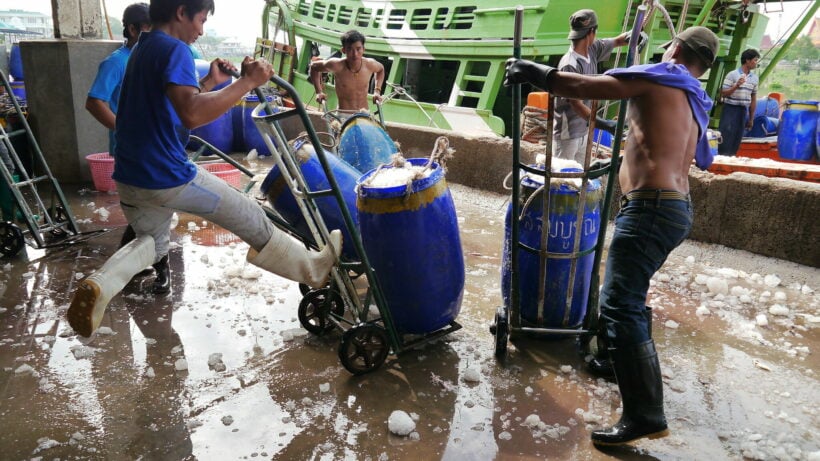 A shortage of migrant workers has driven the Thai government to appeal to Thais to do the jobs that have been left vacant. The Phuket News says there are over 400,000 jobs that need to be filled after migrant workers were unable to fill them due to Covid restrictions, which prevented them from entering Thailand.

Labour Minister Suchart Chomklin says that many industries need labourers because migrant workers have been forbidden from entering Thailand to work, says the National News Bureau of Thailand. Migrant workers have been prohibited from coming into Thailand to work since March of last year. Suchart says that Thais who are as old as 35 and have a high school, or less education, will be considered for these jobs. He adds that the labourers’ salaries will be contingent on their level of education, which will qualify them for overtime and other benefits.

Suchart went on to say that there is a high demand for Thai and foreign workers in several industries, such as apparel, canned food, and electronics. The Department of Employment plans to survey employment demands among several businesses that plan to hire Thai workers instead of migrant workers. Over 110 thousand Thais have already registered for jobs with the DOE.

AdvocatusDiaboli
25 minutes ago, Fluke said: Yes, work long hours in construction and then sleep on the building site Working on the site from morning 'till night That's livin' alright   Sounds just like Düsseldorf …… Auf Wiedersehen Pet!
Stardust
1 hour ago, Yinn said: Wrong. https://en.wikipedia.org/wiki/Rankings_of_universities_in_South_East_Asia Wrong. Is because they cheaper. Also reliable, they live worker camp, nothing fun to do = work everyday.  By the way Thanatorn also critized the education system in Thailand and said it needed…

gummy
2 hours ago, Griff1315 said: Anything to help all those poor young men flying around on their Honda Waves with nothing better to do why not.... Well that is one point of view but the super wealthy owners who pay…
Stonker
3 hours ago, Yinn said: Yes, have three style university  มหาวิทยาลัย = university (doctor, lawyer, engineer etc)  วิทยาลัยเทคนิค = technical college (Wood and Metal)  วิทยาลัยอาชีว = vocational college I don't want to nit-pick, but those aren't "schools" but higher education.…
Stonker
2 hours ago, Stardust said: By the way Thanatorn also critized the education system in Thailand and said it needed to reform and invest more in education because otherwise Thailand will be not able for the global competitions. The structure…