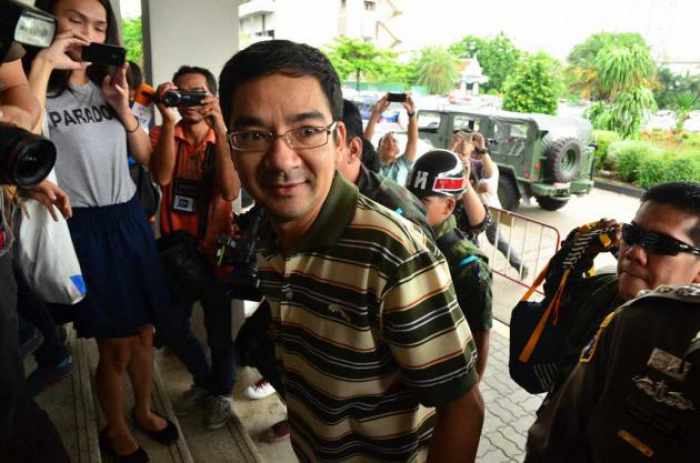 PHUKET: The junta has detained and charged Thammasat University law lecturer Worajet Pakeerat for defying a junta order to report.

Worajet, who is known for his campaign against the lese majeste law, was charged at the Crime Suppression Division (CSD) with defying the order issued by National Council for Peace and Order.

Worajet’s lawyer said he would seek the temporary release of his client on bail of Bt20,000.

The lawyer said Worajet had not intended to defy the order and that his wife had earlier sought a postponement of his surrender. Worajet assigned his wife to report on his behalf to the junta, explaining that he was sick.

Last night the NCPO ordered 33 more persons to turn themselves in at the Army auditorium in Bangkok’s Thewes district on Wednesday morning.

The included key figures and former MPs of the Pheu Thai Party, members of the United Front for Democracy against Dictatorship, and businesspersons who supported them. Al appeared at the auditorium as ordered.

The NCPO earlier announced that it aimed to reach an understanding with the people it called in. Those who cooperated, the Council said, would be released right away while those who were defiant were liable for two years imprisonment and/or a fine of up to Bt40,000.

Thailand braces for US verdict on human-trafficking record