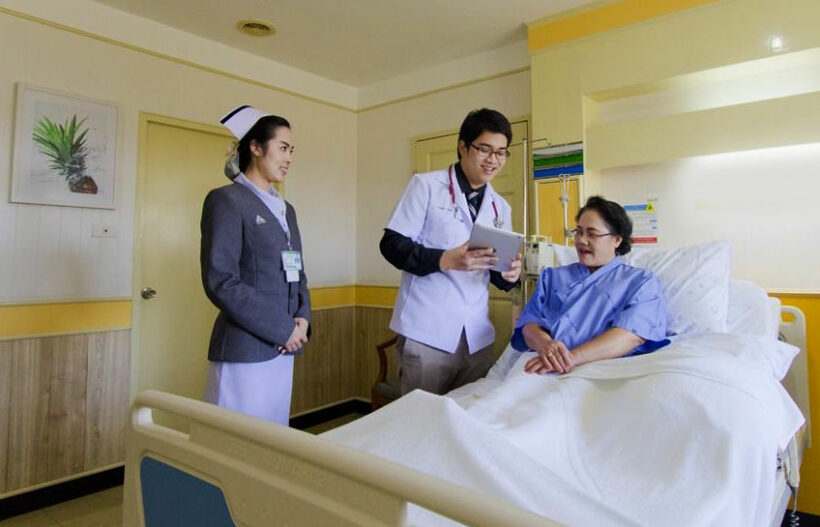 If you wish to make a complaint about private hospital overcharging and rorts, phone 1569.

The Thai government’s Commerce Ministry is considering legal action against a Thai private hospital for allegedly overcharging a patient who was charged 30,000 baht for treatment for diarrhea.

The Internal Trade Department of the Commerce Ministry has launched a fact-finding probe, in response to a complaint lodged via the department’s hotline 1569. The patient claimed he was charged about 30,000 baht by the private hospital after he was admitted for treatment of ‘acute diarrhea’.

The investigation shows that the hospital, whose name is being withheld, had indeed overcharged the patient for several items of medication and services, according to Thai PBS.

The source claims the department will soon ask the executive, or a representative of the hospital, in for a ‘please explain’ session.

Meanwhile, the department is in the process of inviting executives and representatives of 70 private hospitals to discussions after it was discovered that they had allegedly overcharged for medications by a factor of 3-9 times above market prices.