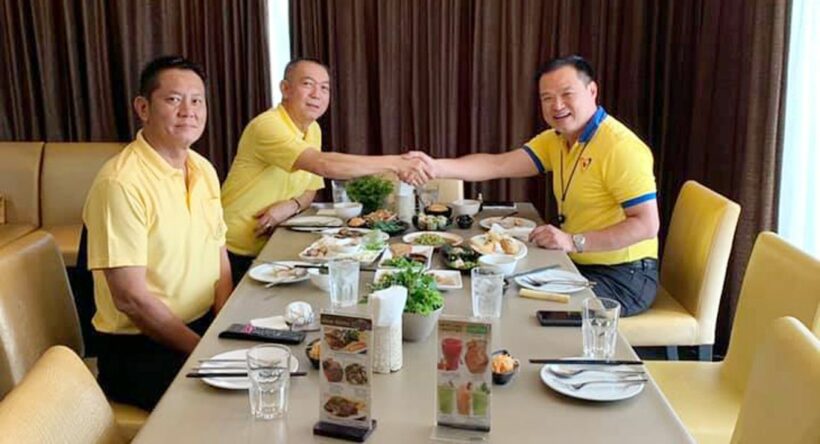 With HM The King opening parliament on May 24, it is hoped that the political horse-trading may be over when the new lower house sits for the first time. The two parties that hold the key to a workable majority coalition are the Democrats and Bhumjaithai. They have been prevaricating for more than a month about which way they are leaning – pro-Junta or pro-democracy.

With neither side having enough MPs to form a coalition, speculation has increased that the Democrat and Bhumjaithai parties could perform a “kingmaker” role. Photos from a working lunch today indicate they’re certainly in active talks to break the current deadlock.

The two parties together hold 103 seats in the House of Representatives, 148 short of a majority but enough to gain leverage against the rival coalitions.

The Democrats and Bhumjaithai won 52 and 51 MPs, respectively, but both remained undecided on which camp to join in the Parliament.

The photos showed the trio sharing a meal and Anutin and Chalermchai shaking hands, smiling.

This raised questions about whether the two parties would create an alliance to help form a coalition to end the political deadlock.