Thanathorn Joengrungruangkit, the acting leader of the new Future Forward Party has reported to the Technology Crime Suppression Division to defend himself against allegation filed against him by the NCPO over a Facebook live streaming event, deemed to be critical of the military government.

Colonel Burin Thongprapai of the NCPO’s legal affairs department has accused Thanathorn of violating the Computer Crime Act for criticising the junta over the alleged poaching of ex-MPs of several parties and its failure to fix problems in farm prices.

After the meeting with the TCSD police, the young politician told the media that whatever he spoke in the Facebook livestreaming on June 29 were facts and he didn’t think it amounted to political gathering of more than five people — an activity banned sine the junta swept to power in a coup in 2014.

Commenting on the case against him, Thanathorn said he was confident that litigation would not impact his party. Instead, he said he felt proud that the NCPO attached interest to his party by means of taking legal action against him.

Thanthorn insists that his Future Forward party is not a threat to national security, but a threat to people who are against democracy.

In his Facebook live streaming event he likened the mobile Cabinet meetings in the north-eastern provinces to election preparations by the NCPO. He also called on the military junta to quickly lift the ban on political activities. 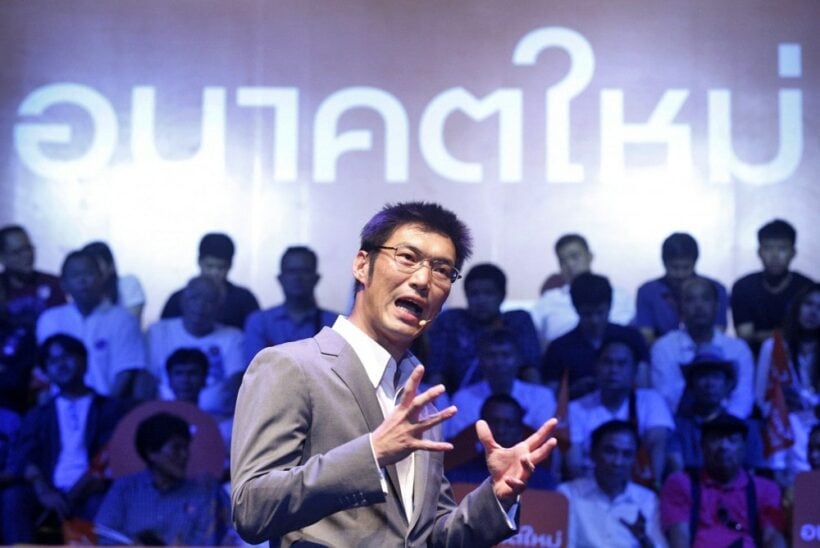