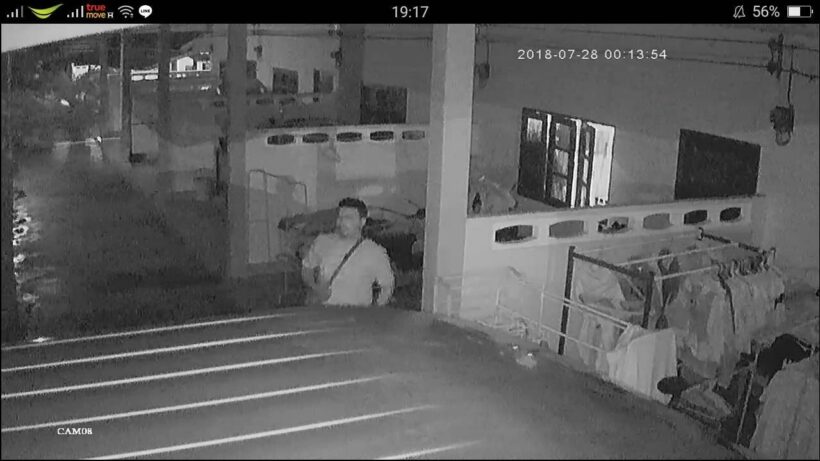 Krabi Police are on the lookout for a panty-snatcher caught on CCTV stealing underwear from outside of more than 10 houses this week in Ao Nang.

The CCTV footage shows a man lingering outside a 34 year old woman’s room. The man stole the panties  hung outside and sped away.

The woman says “At about 10pm I noticed someone was outside my room. I thought that he was a neighbour. I called out to him but there was no answer. The next day I found out that all my underwear had been stolen. My neigbour’s underwear had also been stolen. We believe that it’s the same thief. We hope that police will find the suspect as soon as possible.”

Messages have been posted along with CCTV footage on a sign to warn about the thief but the neighbourhood’s panties keep going missing.