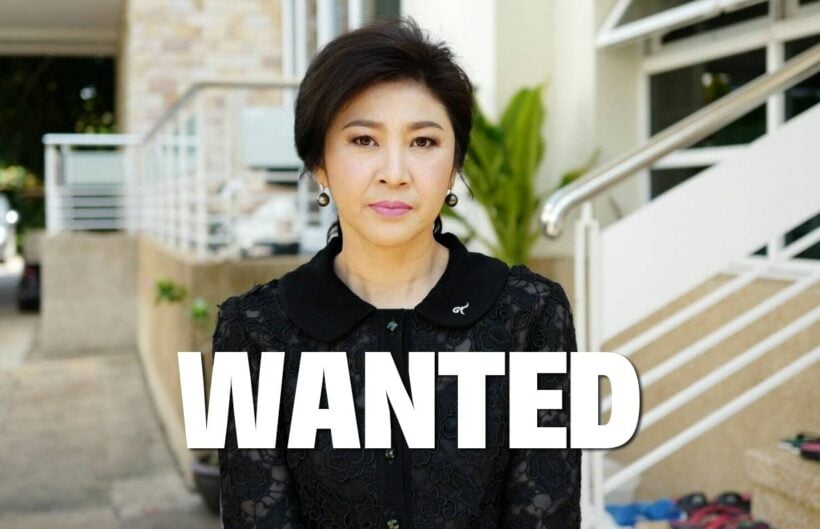 The Thai Government has made an official request to the UK for the extradition of fugitive former PM Yingluck Shinawatra for prosecution back in Thailand.

The Thai Embassy in London sent a letter dated July 5 to the UK’s Foreign and Commonwealth Office with attached copies of the Supreme Court verdict in the case against Yingluck along with her arrest warrant.

The letter cites a 1911 treaty between the UK and ‘Siam’, Thailand’s former name, on the extradition of fugitive criminals.

A copy of the Thai Embassy’s letter was published on the BBC Thai news website yesterday.

The Thai mission said it acted on instructions from the Thai government. However, Foreign Minister Don Pramudwinai said yesterday the embassy’s action was part of “normal procedures, and not a policy matter, so they didn’t need to inform me”.

Thai PM Prayut Chan-o-cha says that the decision on whether Yingluck will be extradited lies with the British government. Thai law enforcers have no authority to make any arrest in a foreign country, he said.

“The government has done everything we can under the legal framework. The foreign country involved will decide whether to send back Yingluck as requested,” Prayut said at Government House.

Don said yesterday he did not recall seeing any document seeking his approval on the matter. He also dismissed suggestions that the action stemmed from Prayut’s meeting with UK Prime Minister Theresa May during his recent visit. When asked if he was confident the UK authorities would extradite Yingluck, Don just smiled and walked away.

Amnart Chotchai, director of the Office of the Attorney-General’s International Affairs Department, said his office coordinated with the Foreign Ministry for the extradition of Yingluck in accordance with the protocol.

“We made it clear that this is a corruption case, not a political case, and hope the British authorities consider the request,” he said. The current treaty prohibits extradition for political offences. Amnart said his office made similar requests for the extradition of former PM Thaksin Shinawatra, Yingluck’s brother, but failed to receive a response.

In its letter to the UK foreign ministry, the Thai Embassy gave assurances that the case against Yingluck was not of a political or a military nature.

“She has not been given a pardon or amnesty. And the arrest warrant for the defendant to serve her sentence is not affected by a statute of limitations,” the letter said.

The embassy also asked that its request be “kept strictly confidential and executed as a matter of urgency”. The Thai mission also maintained that Yingluck’s extradition could be granted under the treaty even if the British government considered that her offence was not included in the list of extraditable offences. The embassy cited a clause in the treaty stating: “Extradition may also be granted at the discretion of the State applied to in respect of any other crime for which, according to the law of both the Contracting Parties for the time being in force, the grant can be made.

Yingluck is believed to be residing in the UK. Photos and video clips of her in different locations around London have been distributed on social media. One video clip shows Yingluck with her older brother ex-PM Thaksin Shinawatra celebrating his birthday last week. 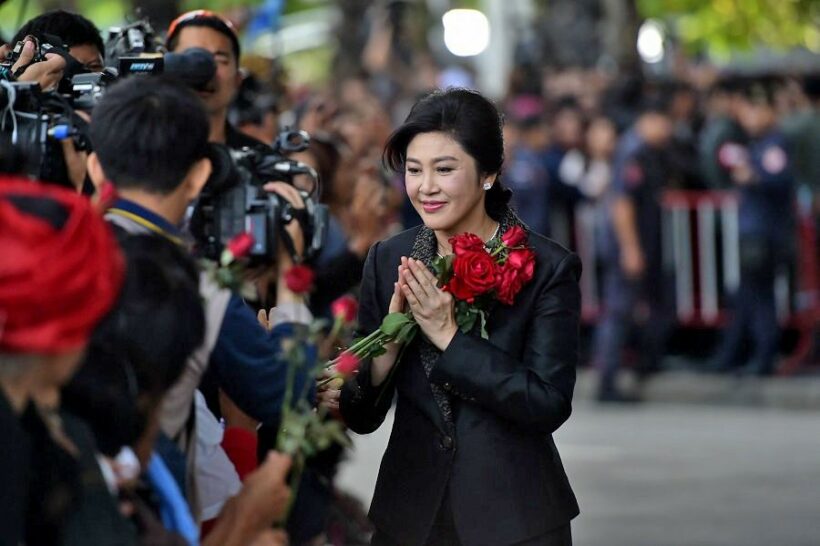 “I am not a security threat” – Thanathorn Joengrungruangkit