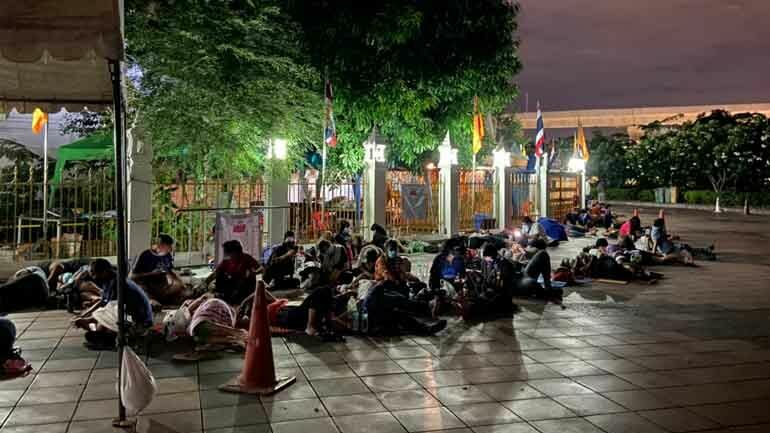 Use the rapid antigen test to speed up testing.

Last night, hundreds of people waited outside a Bangkok temple for a free Covid test that began this morning.

Like an anxiety-ridden new shoe launch, crowds of people were photographed outside the Wat Phra Si Rattana Mahathat temple in Bangkok’s Bang Khen district. Testing began at 8 am and the queuestarted to form at 6 am, but people still had to go home without knowing their covid status as the facility had a capacity of 900 people.

Thai inhabitants say they expect the government to handle crowds better. They say the government could have offered online reservations or provided alternative testing locations. Some say the government should obtain rapid lateral flow tests that would let people test themselves at home and avoid gathering in long queues.

“Use the rapid antigen test to speed up testing. Let the public have access to the inspection now!” Says Wiroj Lakkhanaadisorn from the Move Forward Party.

Others who waited in the queue say that many people don’t leave nearby and had to wait on the roadside just to get a Covid test. They say they have to come back in a day to get tested. Citizens add the operation should have been managed the situation better and that some need the test to get a certificate for work.

Earlier this month, a doctor took pictures of the long queue of people waiting for Covid treatment outside a Bangkok hospital.

AlexPTY
It just doesn't make any sense. Why would you wait for a test instead of vaccination? If you are asymptomatic, you will not get treatment anyways, if you have simptoms, you don't need a test and there are no beds.…