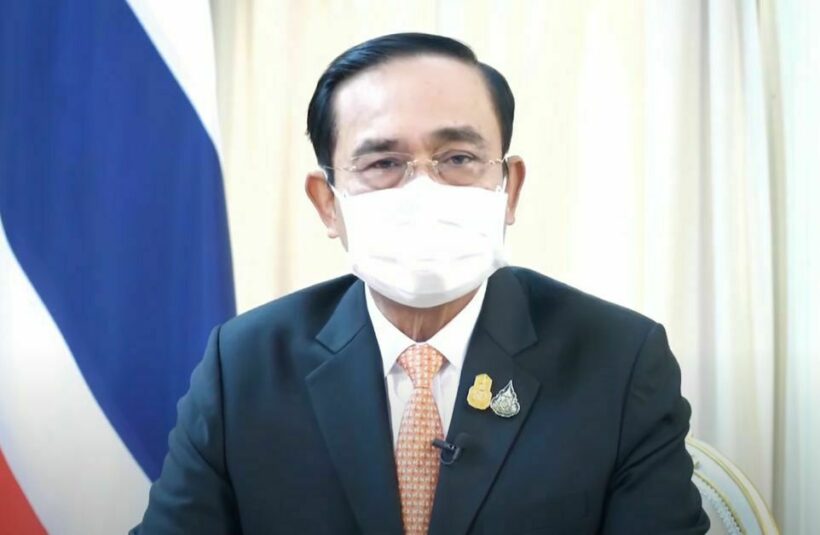 UPDATE: The Centre for Covid-19 Situation Administration meeting set for 10am tomorrow will address the “worsening situation” in Thailand, according to spokesperson for the Ministry of Foreign Affairs spokesperson, Natapanu Nopakun, who gives the daily CCSA meeting in English.

Natapanu says the media has been “predicting the results” of the meeting, but he assures the public that there will not be a so-called “lockdown.”

“We would not call it a lockdown, but measures that would be appropriate for the situation now where we have an increasing number of new cases per day.”

PM Prayut Chan-o-cha has reportedly announced an urgent meeting for tomorrow to discuss measures to control the spread of Covid-19. Reports in Thai media say officials are considering travel restrictions similar to those set back in April of last year during the first wave of infections. Restrictions are likely to be imposed in Bangkok and other provinces with high infection rates and could be in place for 14 days to control the spread of the virus as the rapid-spreading Delta variant becomes more prevalent.

Nightly curfews could be imposed. Other restrictions reportedly on the table for discussion include work-from-home orders and travel bans between provinces, like the measures set in April 2020. Last year, the government also ordered the temporary closure of non-essential businesses.

The Centre for Covid-19 Situation Administration has danced around the word “lockdown,” but media reports in both Thai and English have said a lockdown could be in the near future.

With the highly transmissible Delta variant of the virus becoming more prevalent, especially in Bangkok, the CCSA is preparing for a spike in infections and says the daily Covid count could exceed 10,000 new cases by next week. To prepare for the influx of infections, a new field hospital is being set up at Bangkok’s Suvarnabhumi airport to treat patients, including those with severe symptoms.

HolyCowCm
1 hour ago, resetamy said: Blue Sphinx...its so good to see someone in this country that has some common sense.  I can testify that Ivermectin helped my friend recently recover from COVID-19 and lung infection in Oman. She was not…

BlueSphinx
28 minutes ago, resetamy said: ... I can testify that Ivermectin helped my friend recently recover from COVID-19 and lung infection in Oman. ... People have no idea what are in these "Vaccines" (they are not vaccines, but experimental gene…

Smithydog
14 hours ago, Soidog said: The key thing your summary misses is that with the vaccine you are less likely to catch the virus and far less likely to need hospital treatment. Assuming you have no underlying health conditions and…

Soidog
29 minutes ago, Smithydog said: For sure Soidog. Personally I have decided to get the vaccine. The point I was trying to highlight, not very well it seems (and with a bit of attempt at humour), was that in summing…

AdvocatusDiaboli
20 hours ago, JamesE said: Thailand has some US$250 billion in foreign reserves. And allowing a lot of Thais to suffer or die during this period. The government could do better, but I suppose their goal is to build their…