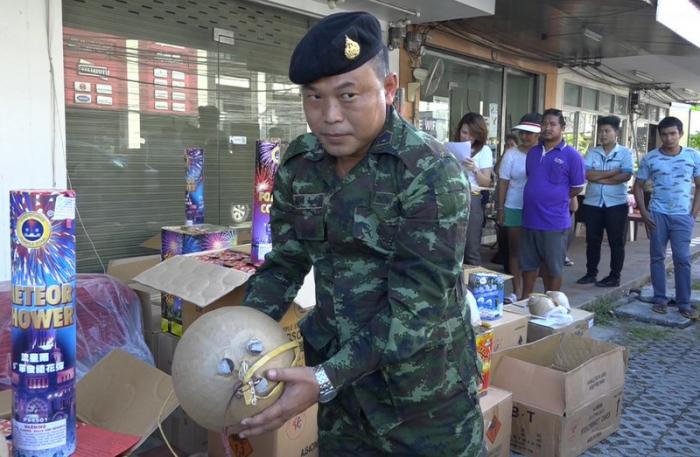 SAMUI: Police seized an illegal stockpile of fireworks estimated to be worth two million baht from a shophouse in Koh Samui this week.

Police raided the property on Taweerat Road in the Bo Phut district at 5pm, after a tip off from local officials.

Bo Phut Police Lt Denduang Tongsisuk said the owner, named only as Mr Off, had locked the front and back doors and refused to talk with police.

After breaking in, police discovered hundreds of fireworks stored throughout the three-storey building, including firecrackers, large cherry bombs and floating lanterns, which are banned on Samui due to the dangers posed to aircraft.

The fireworks were made in China and some of them are even powerful enough to cover a radius of about 200 meters when they go off, said police.