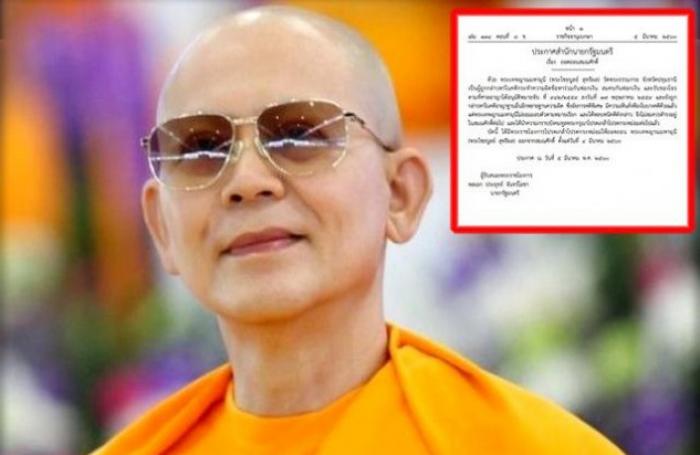 THAILAND: His Majesty King Maha Vajiralongkorn Bodindradebayavarangkun has signed a royal command to strip Phra Dhammachayo of a senior monk rank, equivalent to a patriarch.

The royal command, which was signed on Saturday, was published in the Royal Gazette yesterday.

The command stripped Phra Dhammachayo of the rank of Thep Yarn Mahamunee on grounds that he is wanted on a court warrant for alleged money laundering and embezzlement.

The royal command said Phra Dhammachayo also faced several charges, but refused to surrender. As a result, the government proposed that His Majesty remove the former Dhammakaya abbot of his rank.