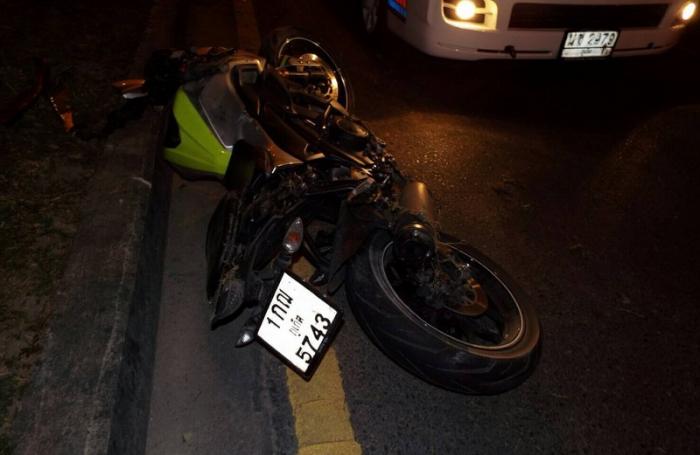 PHUKET: A unidentified big bike rider died after crashing into a tree and electric pole near Phuket International Airport early this morning.

“The accident occurred at about 3am near the Airport junction in Sakoo sub-district. The victim was male, and appeared to be aged 18 to 20 years. There was blood all over his face and body,” said Lt Col Bandasak Srilert of Sakoo Police.

“Nearby, we found a damaged Yamaha M-Slaz and a broken tree, as well as damage to the pole,” he added.

Police say the force of the impact caused the tree to break into pieces.

“He may have been riding too fast and lost control, first crashing into the electric pole and then into the tree,” said Col Bandasak.

The body was taken to Thalang Hospital.

“However, we will check CCTV footage to find out exactly what happened. At the moment, we are trying to identify him and find his relatives,” Col Bandasak added.