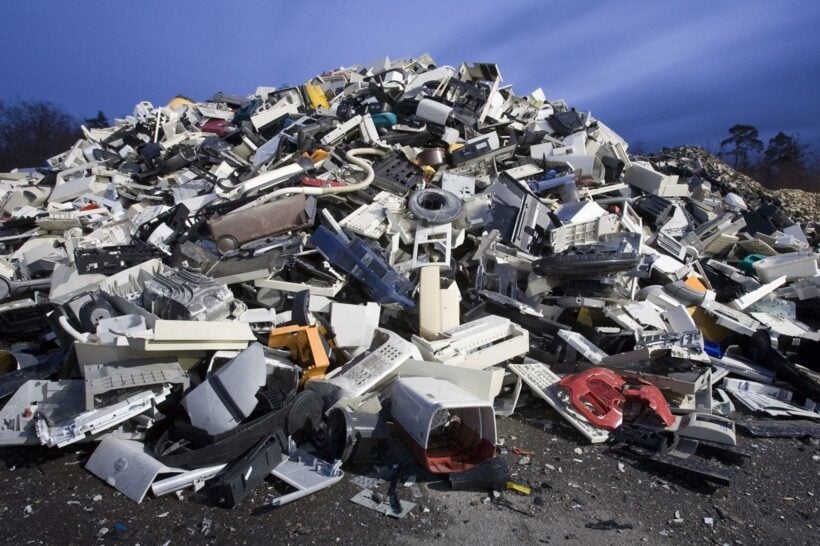 Electronic waste has become a major environmental problem in Thailand, such that the Government is now getting Tambon chiefs and kanmans to help educate locals and tackle the problem at the community level.

At a deserted factory outside Bangkok, skyscrapers made from vast blocks of crushed printers, Xbox components and TVs tower over black rivers of smashed-up computer screens.

This is a tiny fraction of the estimated 50m tonnes of electronic waste created just in the EU every year, a tide of toxic rubbish that is flooding into south-east Asia from the EU, US and Japan.” The Guardian

SOURCES: The Nation, The Guardian

The moral police want to ban students being together, anytime, anywhere.

Mong Tongdee’s hopes of citizenship are looking up