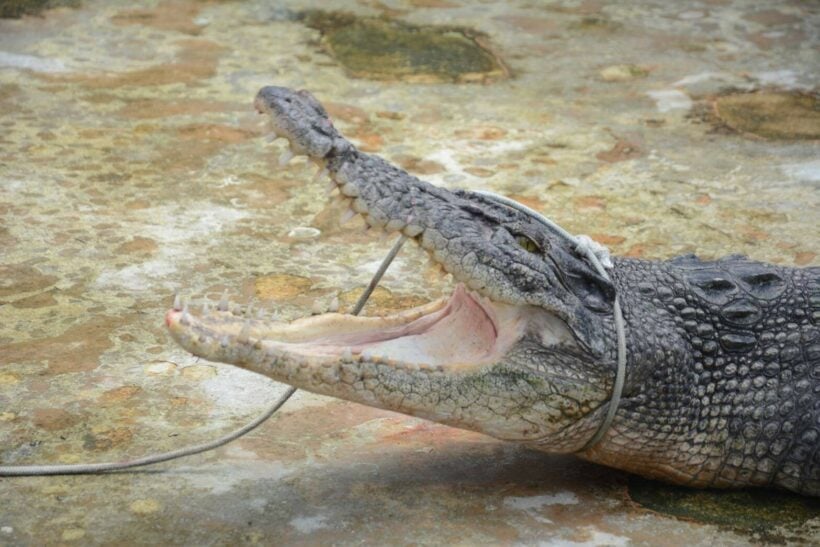 Veterinarians from Mahidol University took blood from ‘Yanui’ the crocodile for DNA testing this morning. The results of Yanui’s precise species will have to wait for about two weeks.

Today (August 15), at the Phuket Coastal Fisheries Research and Development Centre in Pa Khlok, officials and Veterinary staff visited Yanui to take blood samples for DNA testing. No microchip has been found on her so her origins remain a bit of a mystery.

Phuket’s travelling crocodile was finally caught at Layan Beach. The ‘Yanui’ crocodile (named by local Phuket reporters after the original beach it was sighted) was eventually caught at Layan Beach near Laguna last month after more than ten days of search operations, sightings and drone photos. Yang was first sighted off Yanui Beach in the south and made her way steadily up Phuket’s west coaches.

Black-out in parts of Patong tomorrow

Water to be shut off in Chalong tomorrow