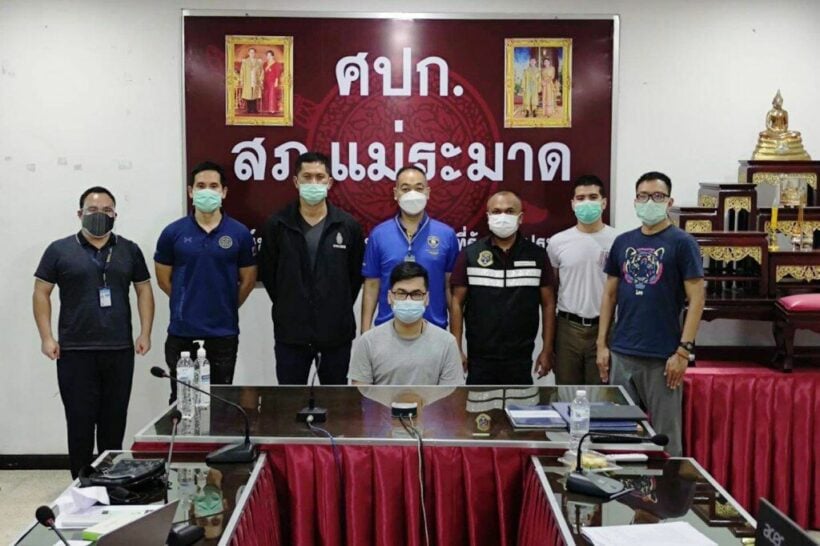 Police in the northern Thai province of Tak have arrested a child pornography distributor. They seized thousands of digital files that included both underage girls and “underage women”.

Cyber crime police and local police raided a house. They arrested a 28 year old person identified as “Mr Olarn”. They seized a computer, a mobile phone and a bank passbook. The police also discovered over 100,000 digital files of illicit pornography.

The arrested and raid comes after a group of minors protested that pictures and videos of them had been posted to the “VK Sanoh Sortaling” group on a Russian social media website. The site has an astonishing 500 million worldwide users with over 100,000 people following the group, which has a secret subgroup to view pornography for 300 baht a clip.

Through the course of the police investigation, they discovered Olarn was the alleged administrator of the site, says Pol Lt Gen Kornchai Klaiklueng. Olarn allegedly confessed to being the administrator that had been running for a year. Thai media reports that he made 50,000 baht a month in fees. Police allegedly saw that Olar had over 1 million baht in a bank account. Police say Olarn was previously a military conscript but has not been employed since his military post terminated.

He has been charged with possessing digital files of child pornographic materials for sexual and commercial purposes and inputting pornographic data into a computer system.