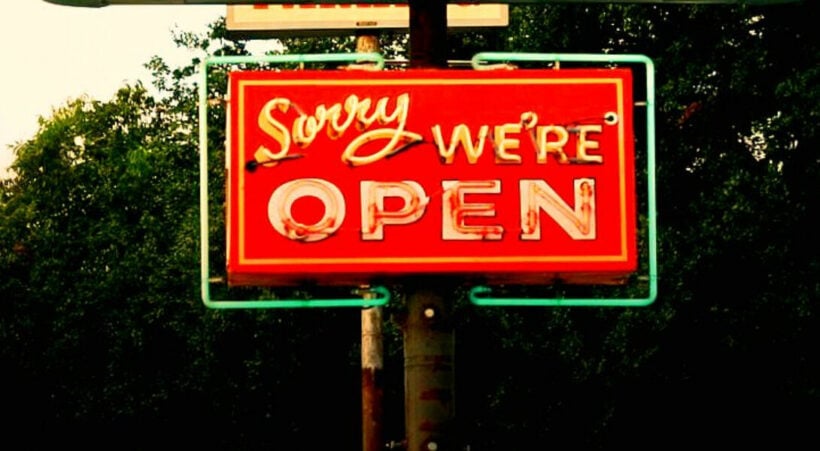 Who isn’t excited about the 120 day reopening plan announced by PM Prayut Chan-o-cha last week? Turns out nearly 74% of people in Thailand, that’s who. In a new poll by the National Institute of Development Administration, the majority of people surveyed were against the reopening in less than 4 months (the PM made his 12 day call last Tuesday).

The NIDA poll interviewed by phone 1,311 people throughout Thailand between June 22 and 25, surveying people aged 15 and older of all education and occupational backgrounds. When asked if they agreed and supported the decision to reopen Thailand, 73.5% said they disagreed. Of those, 53.6% were in complete disagreement and totally against the reopening (Thaiger has rounded up the results to the nearest .1%).

The vast majority of people surveyed in the poll believe that reopening the country to international tourists was not worth the risk until Covid-19 was definitively under control. They also believed that any talk of reopening shouldn’t be seriously considered until the majority of the people in Thailand have been fully vaccinated.

Just under 20% of people in the poll only slightly disagreed with the reopening plans, lacking confidence in the government’s ability to contain Covid-19 in time for an October reopening. About 13.5% said they somewhat agree with the reopening plan and about 12.5% were in complete support of opening Thailand fully to international travellers, for a total of about 26% in favour of reopening.

While the shutdowns resulting from the Covid pandemic has us frequently discussing the importance of trying to revive the ailing economy, only 19% of people in the survey believed that the economy took priority over health safety during the pandemic. 69% said that health safety was more important than any focus on the economy, while about 12% said that health and economy are of equal importance.

King Cotton
34 minutes ago, Rasputin said: I don't  believe those figures for a moment either, they are grossly underestimated. Scientists and medical professionals estimate the Indian are likely up to 10x times greater than the published ones. Modie is up for election…

Donald
4 hours ago, Stonker said: Agreed 100%, @Donald - just as long as you don't make the rest of us take our chances alongside you. Maybe you and your fellow like minded individuals could find somewhere suitable ..... South Georgia could be…

ChristyS
21 hours ago, JamesE said: This about covers it. Ha Ha got a nice laugh alright but it's the untested foreigners creeping  across borders  that have brought variants in and flout  rules,  although many have no choice as cramped living is…

Dancbmac
On 6/28/2021 at 3:07 PM, Stonker said: Some vaccines are and some aren't. Israel (vaccinated with Pfizer) and the Seychelles (vaccinated with Sinopharm and AZ) have a similar vaccination rate but you're literally five hundred times as likely to still…

Soidog
On 6/27/2021 at 11:18 AM, Walshy said: Be interesting to know the groups surveyed, doubt it will be many of the people who work within the tourist and hospitality trade.   Four months is a long time and much can…