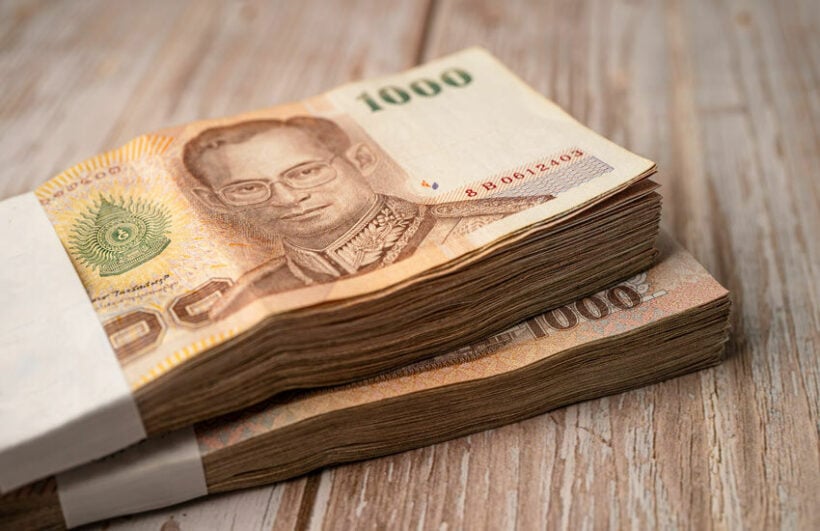 Foreign investors of Thai bonds are selling off their baht in favour of the US dollar. Since Russia’s invasion of Ukraine, the Thai bond market has recorded net sales of some 123 billion baht in foreign capital.

That’s according to the Thai Bond Market Associate, which reported the data for February 4 to March 28. Last month, about 100 billion baht left the market after the US Federal Reserve increased its interest rate, the Bangkok Post reported.

The fallout from the war has resulted in higher fuel prices and production costs, causing an economic slowdown. As a result, investors predict international credit rating agencies will downgrade Thailand this year. The 10-year Thai government bond yield has already increased to 2.5.

In order, to revive the economy this year, the government will issue bonds and take loans worth approximately 1.5 trillion baht, according to Yuanta Securities Research analysts…

“Theoretically, when the bond yield goes up the stock market tends to be under pressure in the short term, but it is a sign of economic recovery.”

According to Krungthai Bank market strategist Poon Panichpibool, foreign investors will return to the Thai bond market in the second half of the year, under three key conditions: when the war in Ukraine ends, the economy gains to improve and the government’s monetary policies have a clearer trajectory.

BBY
Not sure I would blame the loss of investors and investment entirely on the current conflict. As has been said by many contributors on here before, people don’t invest and current investors withdraw from failing economies. Many other countries…