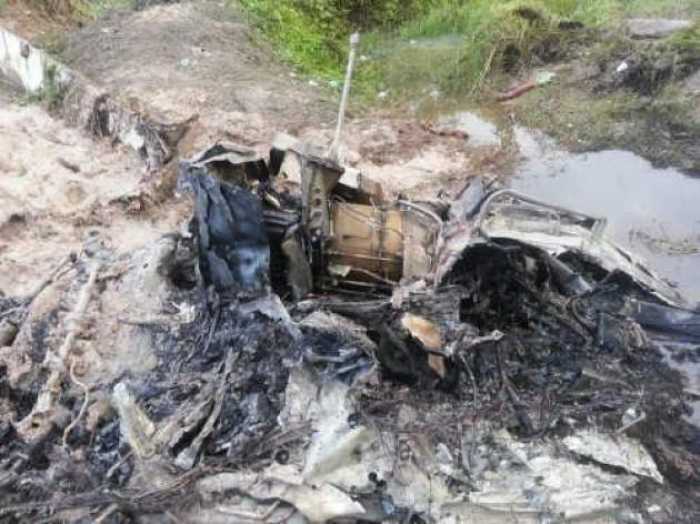 PHUKET: The Third Army Area has suspended all helicopter flights in the wake of a Bell 212 crash that killed all nine soldiers on board on Monday evening.

The family of one crash victim said he had expressed concern about the age of choppers at their unit before dying in this latest helicopter accident. The Royal Thai Army (RTA), however, has insisted it has no plans to ground its Bell 212s.

“We have imposed a temporary helicopter flight suspension,” he said.

Prime Minister and National Council for Peace and Order (NCPO) chief General Prayut Chan-o-cha, a former Army chief, said due to limited budget, the RTA continued to use decades-old helicopters.

Prayut said he had already instructed RTA chief General Udomdej Sitabutr to take care of the nine victims’ families, ensuring their children would receive education and their families were given proper compensation.

“I was herding my cattle when I heard strange sound from a helicopter hovering above,” 66-year-old witness Tuan Boonplod said.

Helicopter out of control, says farmer

He said at first it seemed the helicopter was about to land but suddenly it appeared to be out of control.

“Then, something hurled out from the helicopter’s direction and the aircraft banged into the ground causing loud noise and fire,” he said.

Tuan said he wanted to help but the fire was very hot and explosions followed.

Soldiers yesterday cordoned off the area around the crash site so that experts could gather evidence to determine the exact cause of the accident.

Bathing rites with royally-granted water for the victims were held at the Khuha Sawan Temple in Phitsanulok province yesterday.

Spokeswoman Sirichan said the family of each crash victim would receive between Bt2 million and Bt6 million in compensation and financial help. The RTA would also posthumously promote them to higher military ranks.

Surin Pungraksa, an uncle of Sergeant Major Sompop Malaiwong, yesterday revealed his nephew complained about old helicopters at his military unit just a few days ago.

“He visited us in Angthong province on Saturday. During the visit, he said his camp in Phitsanulok province was full of old aircraft. He wanted to move to a camp in Lop Buri instead,” Surin recounted.

The uncle said he was shocked when he found from news reports that Sompop was one of the victims killed on Monday.

“I’d never thought he would face such a thing. He was a good man and a family man. Now, his wife is seven weeks pregnant,” Surin said.

“I was very close to him because his parents were dead. He was like my son,” Pachern said.

He described Yuttapong as a good man who was nice in personality, and neither drank nor smoked.

“If possible, I would like to beg the RTA to please use modern and safe aircraft for its personnel. Don’t put anyone’s life at risk,” Pachern said.