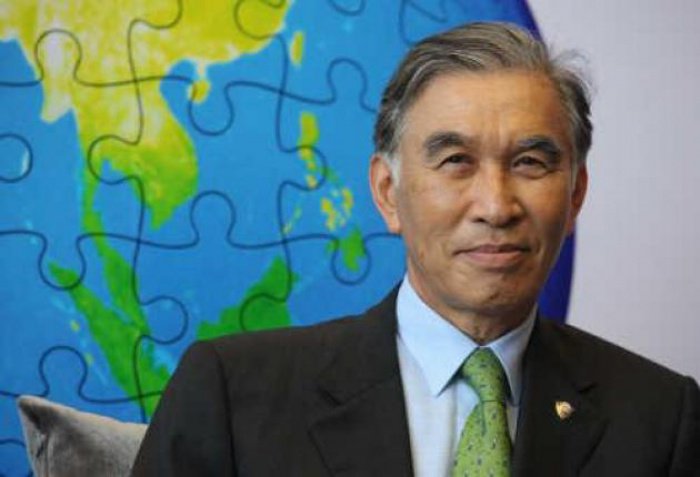 PHUKET: In the wake of global currency volatility, the Board of Trade of Thailand and the Thai Chamber of Commerce will soon call for a meeting with the Bank of Thailand to discuss currency risk and hear the bank’s views on how to balance the rate of the baht to ensure benefits for exports, imports and investment.

Isara Vongkusolkit, chairman of the two private-sector bodies, yesterday said exchange-rate volatility around the world – and the weakening of the euro and the movement of competitors’ currencies, in particular – had created huge concern in the business sector, especially among exporters.

“Comparing the baht with other currencies, and particularly rival exporting nations, the unit has depreciated slightly, while others have been weakening significantly. This has impacted Thai export competitiveness. Global currencies in many countries, and the Russian ruble and the European Union’s euro in particular, could continue to weaken and affect Thai trade significantly in the future,” said Isara.

However, he declined to comment on what is an appropriate rate for the baht as far as exporters are concerned, saying that the authorities need to closely monitor not only exports, but also imports and investment, as this year the government plans to start many infrastructure investment projects.

He said private enterprises wanted to hear what the central bank had to say about its strategies and measures for dealing with the prevailing volatility in the currency markets.

The private sector also wants the authorities to balance benefits for the real sector in terms of exports, imports and investment, he added.

However, some of Thailand’s key export rivals saw much larger depreciations in the same period, such as the Malaysian ringgit, at 6.28 per cent, the Singaporean dollar, at 4.41 per cent, the Indonesian rupiah, at 2.22 per cent, and the yen, which fell 11.86 per cent against the greenback during the year.

Isara said that in regard to the currency issue, the board and the chamber only wanted to share ideas about the impact of global volatility and exchange views with the central bank on how to balance the baht’s exchange rate and ensure Thailand’s competitiveness.

Meanwhile, the private sector would also like the government to resume talks on a free-trade agreement with the EU soon, as clinching such a deal would enhance Thai export competitiveness in relation to the EU market, said the chairman.

Since the EU ended the Generalised System of Preferences (GSP) for 6,700 Thai products, many exporters have started to feel the effects of higher import tariffs.

Although some products still receive tariff exemption for a period, enterprises see a Thai-EU free-trade pact helping to ensure sustainable export growth to the EU.

The Commerce Ministry has forecast that the top 18 products exported from Thailand to the EU will face a combined loss of US$86.88 million (Bt2.84 billion) this year from the higher tariff rates in the absence of the GSP privilege.

Products that will be largely impacted are shrimp, as the tariff rate has been increased from zero to 7-20 per cent, while for automobiles the hike is from 0-15.4 per cent to 3.5-22 per cent, and for rubber tyres from zero to 4.5 per cent.

In addition, Isara said goods prices could be reduced in the near future following the fall in the price of oil, although businesses may need time to clear their stocks first.

Vichai Assarasakorn, vice chairman of the chamber, warned enterprises to closely monitor the global economic trend amidst currency volatility and unstable economic growth in many countries.