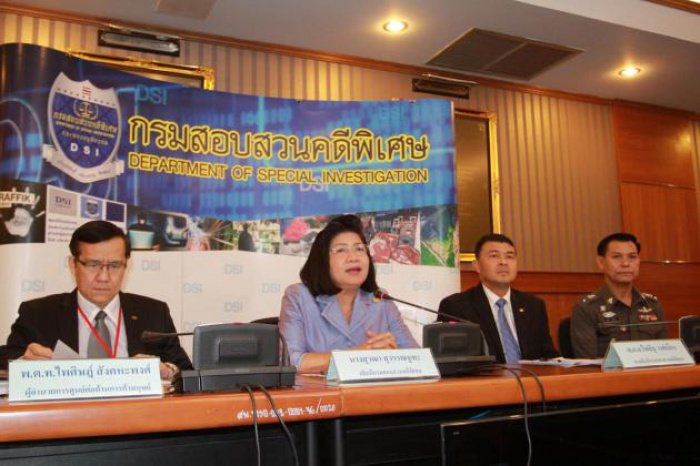 At the press conference, DSI also cited reports late last year that many Thai fishermen had escaped from the trawlers to hide on the Indonesian island of Ambon, where they were stuck and could not return home because their identity cards and seamen’s books were kept by their employers.

The third suspect, whose name has been withheld, is believed to be laying low in another country, she said, adding that arrest warrants would be issued for more accomplices soon.

Lt Col Paisit Sangkhapong, director of the DSI anti-human trafficking center, said investigators learned that these suspects usually befriend their victims – especially those looking to work in big cities – at different public venues, such as train stations or bus terminals, and lured them with promises of well-paid jobs.

Some even told the victims that they would be working on fishing boats, but claimed that this work was for a short while and paid well, he added.

Once the victims fell for the promises and followed them, they would be detained at houses in coastal provinces before being sent to fishing trawlers, he said, adding that victims were given forged documents and then suffered forced labour or assault for very little money.

The victims include adults and youth under 18, with the youngest being only 13, he said. Saying that the two suspects arrested had many prior offences and yet they continued with the offences, he said, adding that he would have the Anti-Money Laundering Office seize their assets later.