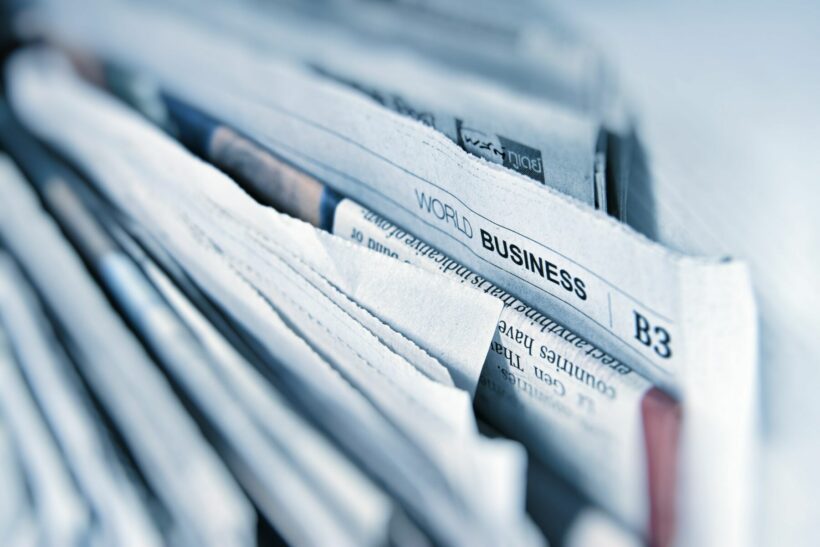 Don’t read too much news, at least that’s what Thailand’s Department of Mental Health is saying. The spokesperson told the media the department concerned with Thais that obsessively monitoring the news and social media updates to the point of stress, particularly while major events are occurring. The warning from the department comes at a time when the investigation into the death of the Thai TV actress, known as Tangmo, has dominated headlines in Thai media.

A spokesperson from the department says that people who find themselves always trying to be up-to-date with the news may find it beneficial to shift their attention to other activities in order to calm their thoughts. It is suggested that people consume a reasonable amount of news and exercise. He also recommended that people conduct self-evaluations to see if news cycles are beginning to impact their daily life or causing anxiety and sleeping difficulties.

If individuals suffer from “Fear of Missing Out,” (also known as FOMO… and yes, the spokesperson was quoted mentioning FOMO) they may have unpredictable moods and anxiety when they are not watching the news. Many spend more than six hours every day staring at screens and are addicted to social media, and other information-related apps. In the worst-case circumstances, individuals who are experiencing these symptoms should see a psychiatrist, the spokesperson says.

Haole.TH
Maybe this Gov could help out by having 1 pr person that gives news. During 2021 Covid times there were various Gov people speaking out about vaccines coming to Thailand. They even put it all under 1 committee that Pinocchio…
Prosaap
Most of them dont care what happen in the world anyway how you get stress if you dont care about nothing

Poolie
16 minutes ago, Prosaap said: Most of them dont care what happen in the world anyway how you get stress if you dont care about nothing This is absolutely true. How to be stress free in one easy lesson. Don't…
JamesR
19 hours ago, whitesnake said: petrol 95 RON at Shell this morning 49.69 Baht per litre!! Next milestone 60 baht per litre! Now that's worrying news!!! Currently, 3,478 Baht to fill a 70 litre tank!!!!! It is over 70Baht a…