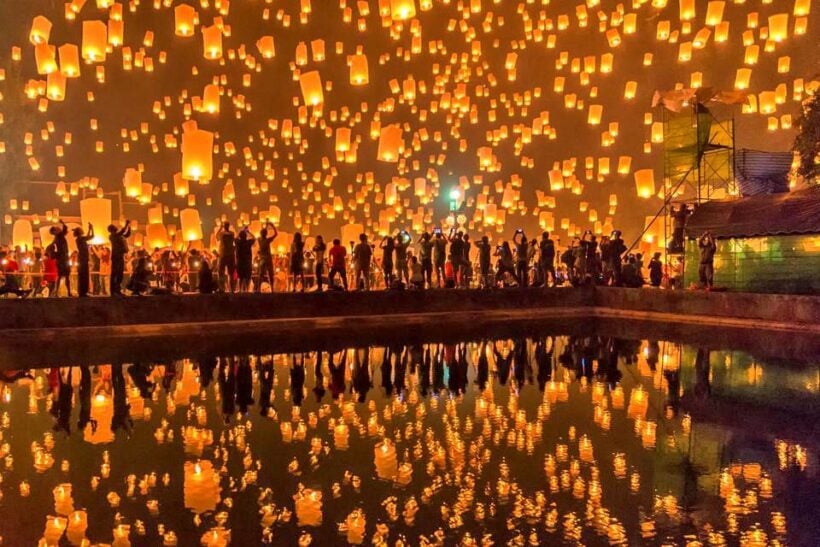 The month kicks off with the last Spartan Thailand race of the year, held in Hua Hin on 3 November. Participants can choose between two different courses, the 21km Spartan Beast race with more than 30 obstacles designed to really push people to their limits, and the 5km Spartan Sprint race with more than 20 obstacles. Kids can compete in the Kids race with distances between 0.8km and 3.2km.

The following week, on 9 November, the Run Your City 2018 aims to create public awareness of urban environmental issues and waste management. Organised by Thammasat University and sponsored by Ananda Development, the run will take place in Bangkok’s Benjakitti Park and the adjacent tobacco factory and there will also be a fundraiser to support various environmental projects.

The famous Laguna Phuket Triathlon will be held for the 25th time on 18 November. The longest running triathlon in Asia, the event attracts professional triathletes from all over the world, all vying for a spot on the podium and part of the US$20,000 prize money purse. The triathlon is unique in that the 1.8km swim is divided into a 1.3km ocean swim immediately followed by a 0.5km swim in one of Laguna Phuket’s freshwater lagoons. A 50km bike route will then take participants through the picturesque and challenging terrain of northern Phuket before they embark on a 12km run around the grounds of Laguna Phuket.

If trail running is more your thing, head to Chonburi on 18 November for the Xterra Nong Yai Trail Run 2018. Covering 50km, 25km and 10km in gruelling terrain, there is something for both beginners and those more experienced.

The sports industry will convene in Bangkok’s CentralWorld for SPIA Asia – Asia’s Sports Industry Awards and Conference 2018. Launched in 2015, the two-day event shines the spotlight on the sports industry in Asia, celebrating outstanding contributions in the year past. A conference held under the name “The Business of Sports – Asia’s Sports Industry in the Fast Lane IV” will feature panel discussions from 38 leading sports industry experts, discussing topics such as sports tourism, sports technology and diversity and integrity in sports.

Later in November, usually around 22, people around the country gather by the ocean, lakes and canals to float beautifully decorated rafts called ‘krathongs’ to pay respect to the goddess of water. Held at the end of the rainy season and the main rice harvest, Loy Krathong is a way to thank the higher powers for the abundant supply of rain for the crops as well as apologise for polluting water sources.

Lamphang in northern Thailand celebrates its own version of Lay Krathong in the form of the Long Sapao Chai Wang Lakorn Festival. Celebrated for the same reasons as Loy Krathong, this northern version uses giant floats large enough to carry people as it floats along the Wang river. It’s a unique way of experiencing northern culture and get a chance to participate in local activities.

In keeping with local activities, the Monkey Buffet Festival in Lopburi on 25 November is something not likely to happen elsewhere in the world; more than 3,000 long tailed macque monkeys are treated to a scrumptious buffet of fresh fruit and food curtesy of the city as a show of appreciation for the prosperity the monkeys bring to the city every year. Make sure to secure any valuables and the monkeys are not afraid of humans!