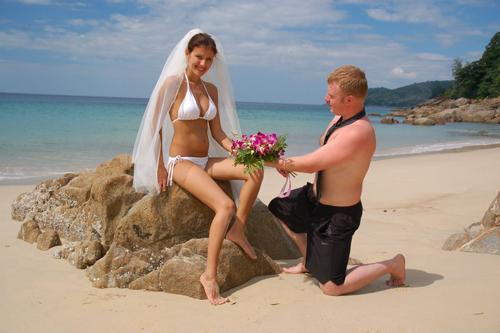 PHUKET: Thailand’s current tourism bull-run is being underscored by a watershed of Eastern European travellers, a soaring source of business that delivered 1.6 million visitors last year, led by Russia with an 82-per-cent share, according to a survey by consulting firm C9 Hotelworks.

The sheer impact of the volume is nowhere more apparent than in the holiday destination of Phuket, which has experienced a direct hit, as more than 650,000 Eastern European tourists injected US$1.2 billion (35 billion baht) into the island’s economy last year.

The newly released market research found that Russia’s outbound market to Southeast Asia had shot up over 1.8 million in 2012, making it one of the year’s leading story lines.

More than 71 per cent of the travellers visited Thailand, followed by Vietnam with 9 per cent, and 5 per cent for Indonesia and Cambodia respectively. Surprisingly, Singapore attracted only 4 per cent of the Russian visitors to the region.

Tracking the development cycle back to 2005, Eastern European visitors to Thailand then hovered around the 175,000 level. Stimulating the sustained demand was a visa exemption implemented in 2007, coupled with a sustained economic explosion in the eastern part of Europe, C9 Hotelworks said.

Managing director Bill Barnett said Phuket had seen this business build up rapidly over the past four years. The acceleration has turned the tables on the once-dominant Western European market.

The shift is now on display day in and day out on the resort island, where mounting numbers of charter flights and tour buses are a constant reminder of a changing world, he said.

Leading the transformation has been Phuket’s rising airlift, punctuated by its key strategic door-to-door travel time, he added.

According to the report, between 2008 and 2012 the number of Russians and other Eastern Europeans visiting the island soared, with charter flights catering to 56 per cent of total passengers last year.

“Forty-five per cent of Eastern European visitors to Phuket come via Moscow,” he added.

“There is little doubt that Asia’s latter-day volume leisure-destination splurge requires a constant renewal of numbers. While Phuket with its airlift impact has shown little sign of slowing down in 2013, Bali is seeing a slowdown as its Eastern European market has turned melodramatic, with no direct scheduled service from Russia.”

The “Emerging Eastern European Market” report also highlights the fact that despite the mounting numbers, there is a pronounced seasonal trend, as 80 per cent of the “snowbirds” come between October and April, and year-around demand remains elusive as tour operators and airlines re-deploy aircraft to the Mediterranean during the summer months.

The full “Emerging Eastern European Market” report is included as an insert in the hard-copy Phuket Gazette on newsstands April 5-11.