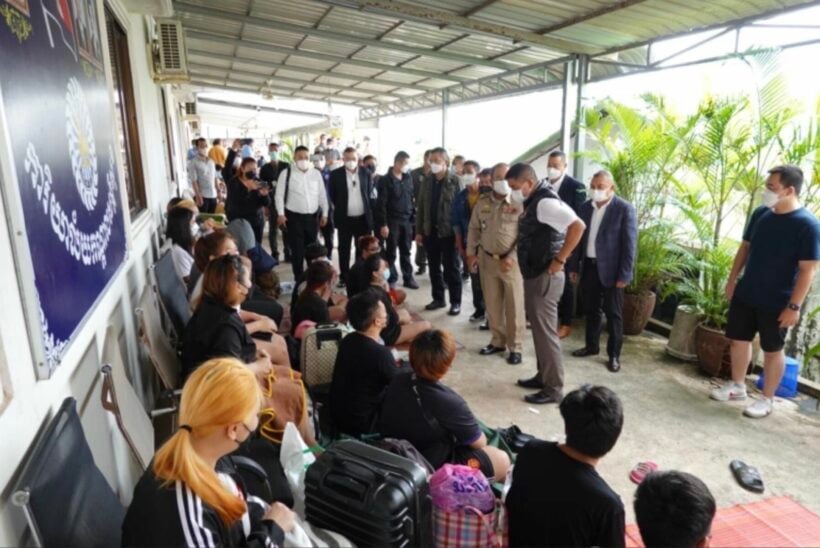 Thai police officers debrief a group of Thais after being rescued from the phone scam centre and repatriated to Thailand. Credit: Royal Thai Police

Thai police forces have reportedly rescued dozens of Thai nationals who were allegedly being held captive by a Chinese gang operating a phone scam centre in a Cambodian coastal gambling town. About two dozen Thais were rescued last Sunday from a guarded townhouse in Sihanoukville, after negotiating with the Chinese gangsters who were running the operation.

Pictures from the Royal Thai Police show a 10 storey building reinforced with razor wire and security cameras. Police say they were able to rescue the Thai nations from the scam centre after traveling to the Cambodian seaside town, where they engaged in extensive negotiations with a gang of Chinese men, according to a report by Al Jazeera.

The Royal Thai Police say they’ve already rescued about 700 Thais who were being held captive and exploited by Chinese gangs for various scam operations in Cambodia. Police say the scam gangs could still be holding more than 1,500 Thais against their will in the Sihanoukville area alone.

According to people who were rescued from the building, each captive Thai was required to ‘scam’ at least US$15,000, or around 505,000 baht, every month, while under the threat of being sold to another gang if they couldn’t get enough deals done.

“Teerapat” and his wife “Dao” were two such Thais who were tricked into joining the scam, lured with the false promises of lucrative “online sales jobs” with transportation, room and board included. After two years of pandemic in their small town near the border in eastern Thailand, the offer seemed too good to refuse. Speaking to Al Jazeera, he related the details of their ordeal…

“I normally don’t trust people easily. But we were both desperate for money so when the broker said we could make up to US$2,000 a month, with everything paid for, transport and room and board, we were convinced… Had I known that my job was to scam other Thais, I would have never gone.”

When they arrived at a guarded, 12 story building, they quickly realised they weren’t going to be doing online sales after all. It was just a lie to lure them it. Instead, they were forced to pose as policemen, customs officials or potential investors and make unsolicited phone calls, pressuring unsuspecting Thais across the border to make money transfers to the gangers’ bank accounts.

In a statement, a high-ranking Thai police officer, Lieutenant General Surachate Hakparn (aka. Big Joke), said Thai police have so far rescued and repatriated about 700 Thais from Cambodia. They said that most of them were forced into debt bondage, unable to pay the hefty price of several thousand US dollars to regain their freedom.

According to various media reports, organised criminal gangs in the Sihanoukville areas have lured hundreds of Southeast Asians, including Thais, Malaysians, Indonesians and Filipinos. Sihanoukville is a notoriously crime-infested beach town riddled with casinos and overrun with Chinese online gangs.

Gangsters in the area routinely head to Thailand, targeting farmers languishing in small villages in between harvest seasons. Unfortunately, many people are duped into forced labour at factories and on fishing boats, or more recently, at scam centres, where they find themselves being exploited by criminal syndicates and unable to escape.

“Most of the kingpins are in China but they employ people all the way down the line in neighbouring countries. When the Thai recruits learn that their job is to scam their fellow Thais, they don’t want to do it any more. But they can’t leave so they have to keep working for the gang.” 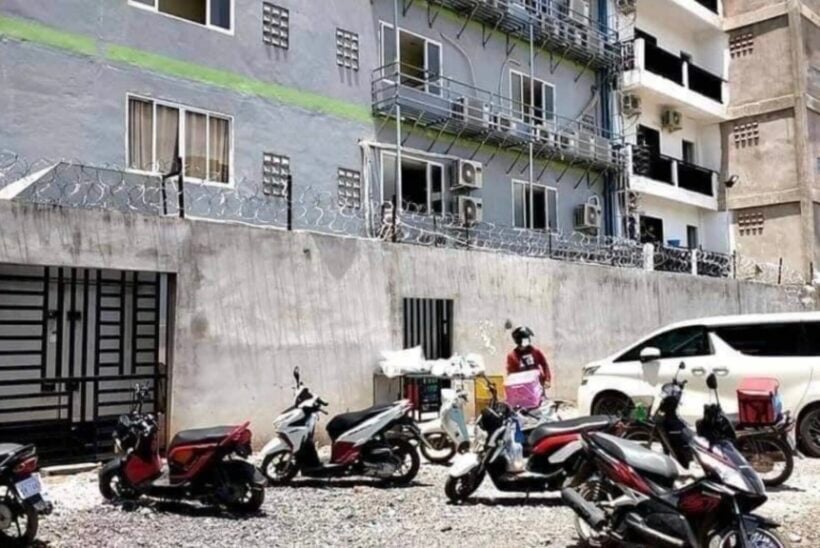 HiuMak
These Thai nationals are victims of their own demise. Pretty sure they know what they are jumping into. It's Greed that drives them to this situation.

Bluesofa
Back in January I received a Thai scam call from a Cambodian number, and hung up. I looked up the number and saw it came from a Kep landline (036) As Kep and Sihanoukville are only 100km apart, there could…
Scribble
And Thai politicians are in talks for some Casinos at the moment. Let's turn some nice beach side town into a Chinese gambling den full of gangsters just like Sihanoukville

Bluesofa
This morning I received another scam call. I knew, because it's always an unrecognised number. I got my wife to answer it. She pressed the option to 'speak to the court', and asked what the fine was for. 'Speeding'. My…
BJoe
Cambodia is a Mecca for CCP criminals since most of government officials there have been bought-off. But let’s not be naïve enough to believe these “captured” Thais did not suspect the recruitment.