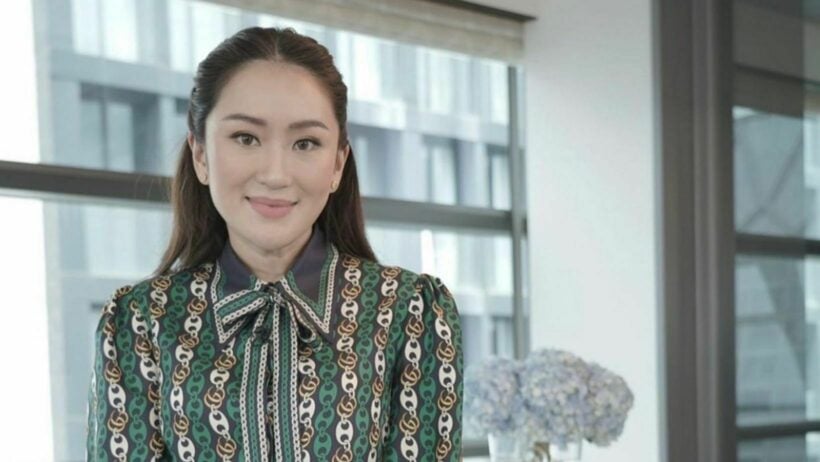 On Clubhouse this week, a favourite platform for former PM Thaksin Shinawatra, Thailand’s former elected leader denied rumours that his youngest daughter, Paetongtarn, will run in the next Thailand election as the nominated PM candidate for the Pheu Thai Party. Instead, he wants to see her in the party working on the marketing and strategic side of things.

On April 24, she will submit “her homework,” which was given to her by the party 6 months ago. It’s unconfirmed what she’s currently working on. When questioned if he wants to see her daughter run for the top office, he said…

“I am not dreaming too far yet. There is no room for imagination yet. I just want her to help with academic work and bring people together to brainstorm ideas.”

Thaksin has long been suspected of pulling Pheu Thai’s strings on multiple occasions, which he continually denies.

In response to his daughter’s potential run for the prime ministerial candidate for Pheu Thai in the next campaign, Thaksin referred to Prawit Wongsuwon who’s the current Deputy PM and leader of the Palang Pracharath Party.

After being put in charge of a project aimed at building harmony within the Pheu Thai Party, she’s been at the centre of attention ever since, especially being the daughter of Thaksin and niece of Yingluck Shinawatra, Thailand’s last PM before the Prayut regime came to office in an army coup in 2014.

Paetongtarn was named Pheu Thai’s main counsellor “on participation and innovation” during the organisation’s meeting in Khon Kaen back in October 2021.

A general election is predicted to be called sometime between November this year and April 2023.

butterfly
We should be entering interesting times in Thai politics with all those new generation of young politicians, time is up for the old crowd,
KoratBob
22 hours ago, Thaiger said: On Clubhouse this week, a favourite platform for former PM Thaksin Shinawatra, Thailand’s former elected leader denied rumours that his youngest daughter, Paetongtarn, will run in the next Thailand election as the nominated PM candidate…

palooka
1 hour ago, KoratBob said: So it is confirmed, she will definitely run and try become 3rd Shinawatra to rob Thailand Do you think Thailand is not being robbed by the current administration????😆

Pinetree
2 hours ago, palooka said: Do you think Thailand is not being robbed by the current administration????😆 Not like Thaksin's lot did and do

palooka
1 hour ago, Pinetree said: Not like Thaksin's lot did and do A few from "Thaksins' lot" never left.