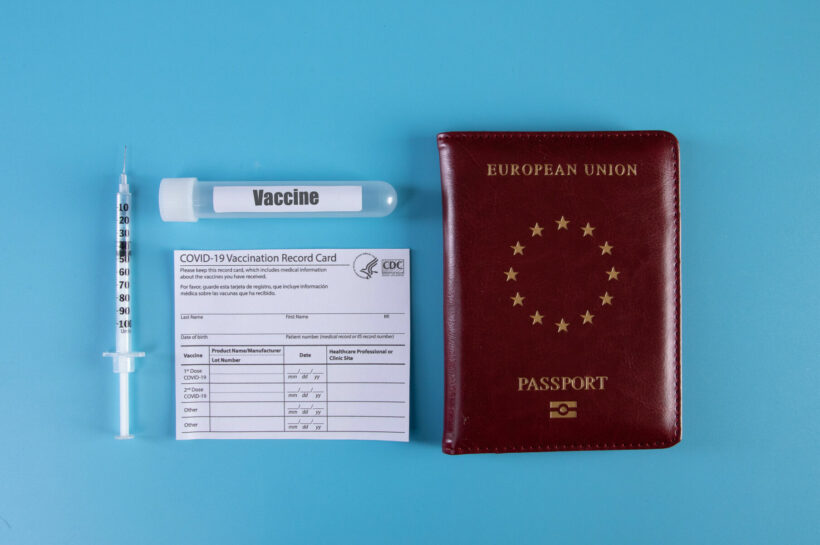 Travelling overseas just to get a prick used to have a much more negative connotation. But with limited supplies and distribution of Covid-19 vaccines in Thailand, many expats are turning towards vaccine tourism, travelling to another country in order to secure a jab. With recent reports that Thai people will be prioritized and timelines vague for foreigners getting vaccinated, impatient expats are looking at where they can travel that would allow them to get vaccinated. The United States is a popular destination among other countries with faster vaccination processes.

Yesterday the Thai Ministry of Public Health declared that Thai people will get priority for Covid-19 vaccines after reports that foreigners got appointments using the Mor Prom Line account even though a Thai ID is required. The Health Minister even went further by saying there were no plans to give expats free vaccines and that foreigners could go to private hospitals and pay for jabs in the future when there is a surplus of the vaccine.

The date of this future surplus is unknown with the process to import vaccines being very complicated. Many manufacturers only sell to government agencies and even those that will sell to private hospitals or companies still have to jump through the hoops of the Food and Drug Authority and other health authorities. 2 months is the minimum timeframe expected before the first private, paid vaccines are available.

With this uncertainty, expats are turning increasingly to vaccine tourism which can be done immediately. Tour services have been spotted on the internet for trips to Dubai, Russia, Serbia, and Turkey. The governor of the US territory island of Guam has proposed looking into promoting vaccine tourism. Companies even offered trips that include vaccines to India, where Covid-19 is raging out of control with hundreds of thousands of new infections daily.

Travellers should be wary though as ads use vague terminology stating vaccination centres will be available “very soon” in Moscow’s airport, or that vaccinations in Serbia are while supplies last. The desperation to get vaccinated also attracts scammers with some advertising on WhatsApp in order to swindle users. Packages including flights, meals, hotel, even sightseeing, and of course the Covid-19 vaccine range from a 4-day India trip for US $2,000 to a 22-day European holiday for US $15,000.

Governments are cracking down on vaccine tourism already, with the UK only allowing jabs for British travellers and Serbia saying that only citizens of neighbouring countries would get a vaccine. Norwegian travellers said they paid US $30,000 for a luxury package in order to get the vaccine. In Thailand, allowing expats to travel for vaccine tourism has not been outlawed yet, but authorities are warning about the pitfalls. A vaccine received abroad would still need to be approved by the Thai government for reentry and returning travellers would need to first visit the Thai Embassy of the country that they had travelled to in order to get proper documentation and a certificate of entry before being allowed back into Thailand.

Andrew Reeve
Very interesting to see that Wealthy German nations are travelling to Russia for the Sputnik V vaccine and then staying on for a holiday. Definitely one way to attract tourism.