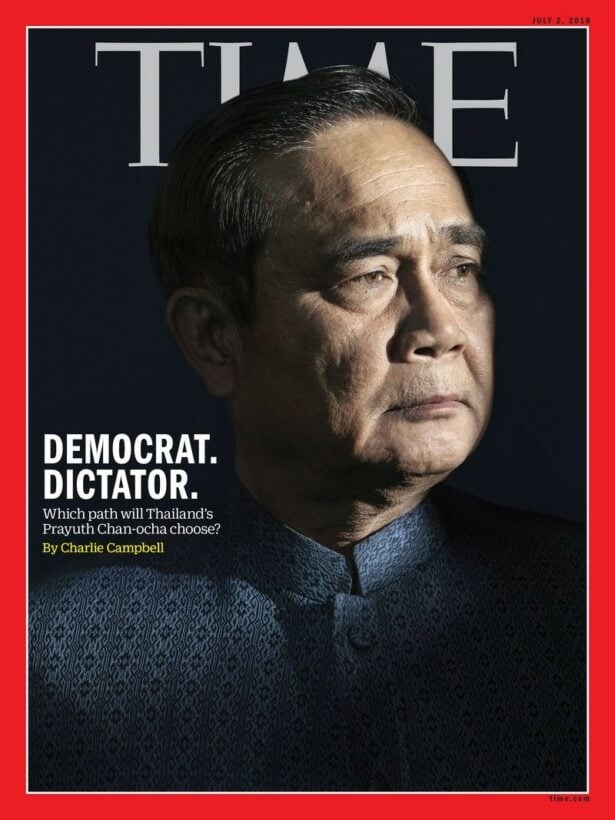 It hasn’t even landed on the magazine stands yet and already the Time magazine article is causing controversy. Deputy PM Prawit Wongsuwan is denying that the government or the NCPO has banned the distribution and sale of Time magazine’s Asia edition for July 2 issue.

Read our story about the Time Prayut feature HERE.

Prawit is reported by Thai PBS as saying that the magazine which features Prime Minister Prayut Chan-o-cha on the cover page and a cover story that equates General Prayut to the late Field Marshal Sarit Thanarat, a military dictator who ruled Thailand during the early 60s with an iron fist, was factually inaccurate.

Prawit is asking readers to use their judgment to decide for themselves whether to believe the content in the article or not.

He also claims that the Royal Thai Police had found out that the reported ban of the magazine in question was just a rumor circulated on social media.