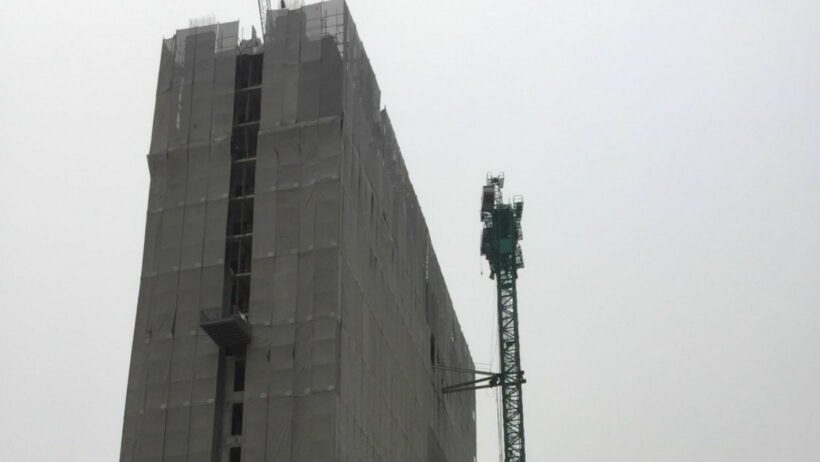 Yesterday afternoon, a crane arm broke and dropped at a construction site on Ratchadamri Road in the Lumphini area of Bangkok’s Pathumwan district, killing one and injuring another.

Part of the 20 metre tall crane broke off and landed on the ground. Two workers were seriously injured, both of them from Myanmar. They were rushed to a local hospital, where one of them later died.

The police and emergency team were guided to the ninth floor of the half completed construction site. An official investigation has been launched to determine what caused the crane to break.